Hibernian 3 Alloa Athletic 0, 12/09/2015. Easter Road stadium, Scottish Championship. Home supporters applauding John McGinn after he scored his side's third goal at Easter Road stadium during second-half of the Scottish Championship match between Hibernian and visitors Alloa Athletic. The home team won the game by 3-0, watched by a crowd of 7,774. It was the Edinburgh club's second season in the second tier of Scottish football following their relegation from the Premiership in 2013-14. Photo by Colin McPherson. 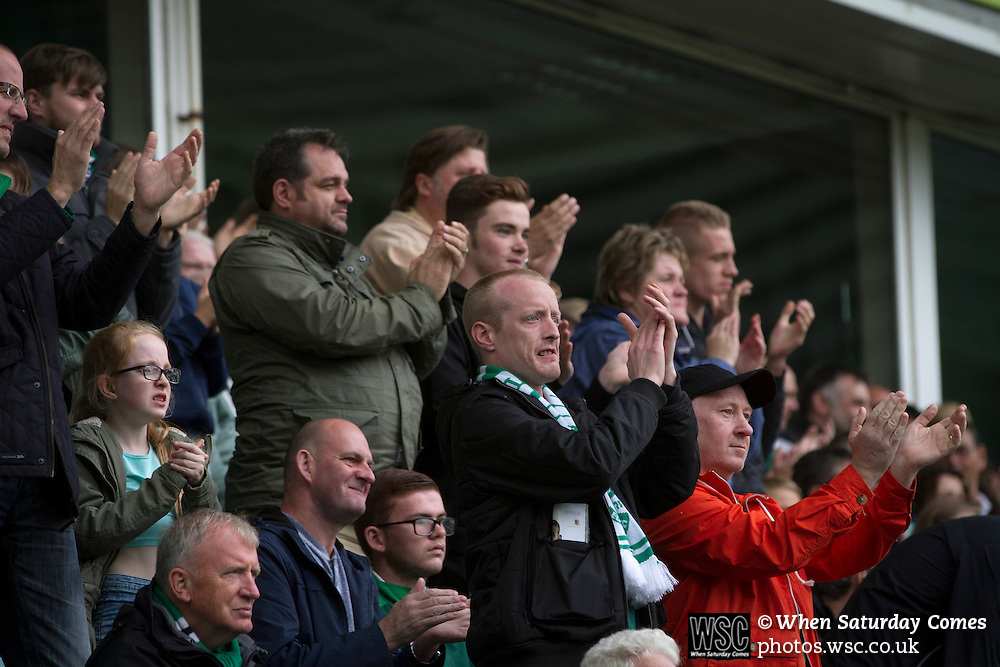