Motherwell 3 Dundee 1, 12/12/2015. Fir Park, Scottish Premiership. Home forward Louis Moult turns away in celebration after scoring with a header to put his team two-nil ahead in the first-half as Motherwell (in amber) play Dundee in a Scottish Premiership fixture at Fir Park. Formed in 1886, the home side has played at Fir Park since 1895. Motherwell won the match by three goals to one, watched by a crowd of 3512 spectators. Photo by Colin McPherson. 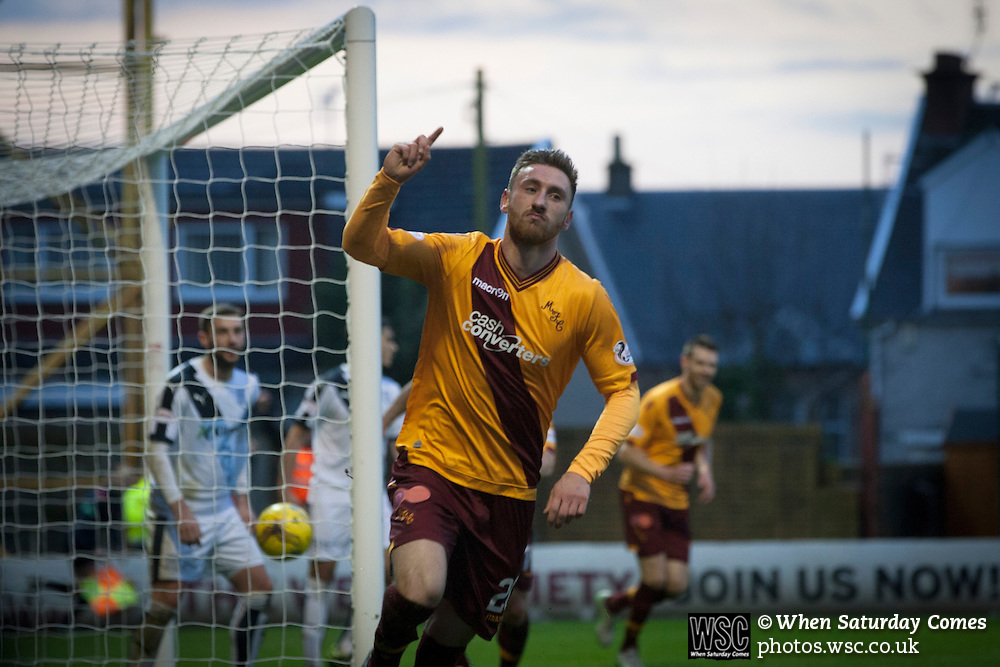