Motherwell 3 Dundee 1, 12/12/2015. Fir Park, Scottish Premiership. An elderly spectator smoking an e-cigarette waiting for friends outside the Davie Cooper Stand at Fir Park, home to Motherwell Football Club, before they played Dundee in a Scottish Premiership fixture. Formed in 1886, the home side has played at Fir Park since 1895. Motherwell won the match by three goals to one, watched by a crowd of 3512 spectators. Photo by Colin McPherson. 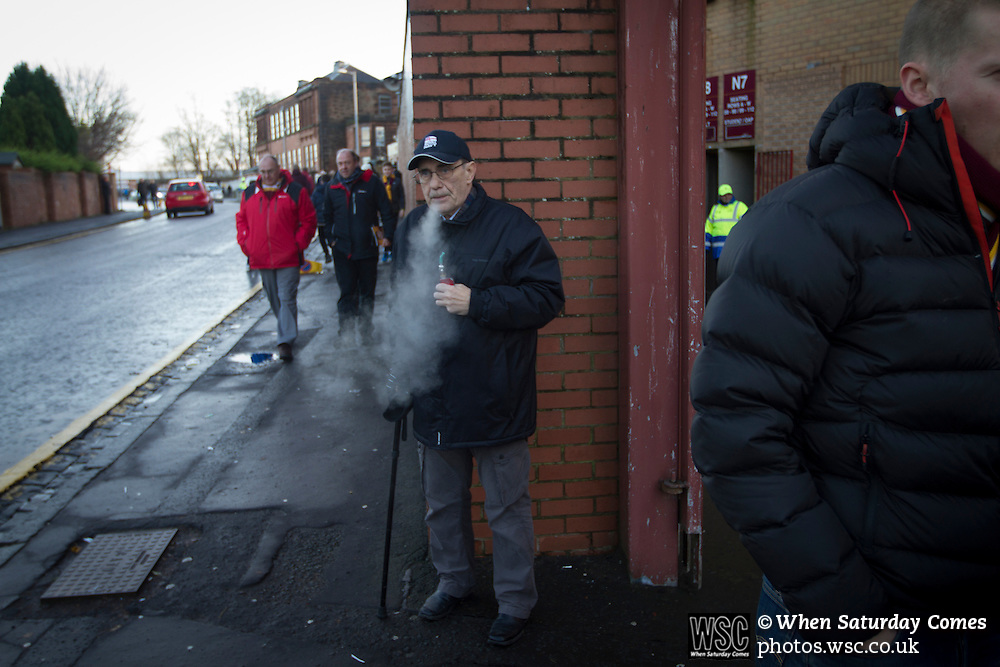