Macclesfield Town 0 Gateshead 4, 22/02/2013. Moss Rose, Football Conference. Supporters watching the home side pressing to get back into the game in the second half as Macclesfield Town (in blue) host Gateshead at Moss Rose in a Conference National fixture. The visitors from the North East who were in the relegation zone, shocked Macclesfield with four first half goals and won 4-0 in front of 1467 fans. Both teams were former members of the Football league, with Macclesfield dropping out in 2012. Photo by Colin McPherson. 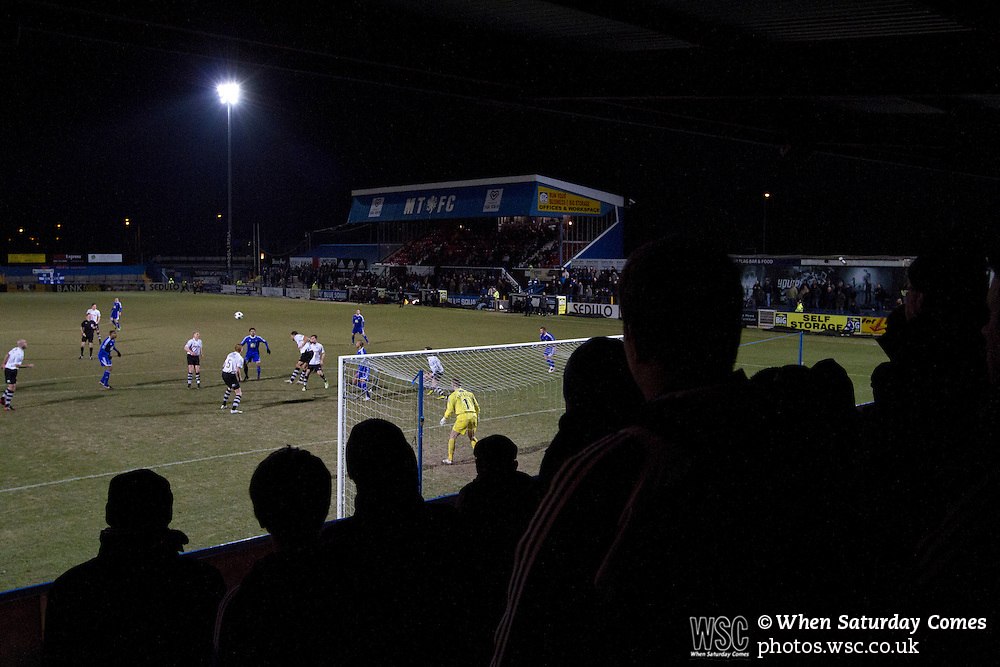