Tow Law Town 2 Heaton Stannington 2, 25.02.2014. Ironworks Road, Tow Law. Home team players taking part in a pre-match warm-up at the home of Tow Law Town, the Ironworks Road ground, before the club hosted Heaton Stannington in a Northern League division two fixture. It was the visitors first visit to Tow Law, having been promoted from the Northern Alliance last season. The match ended in a 2-2 draw, with the home team equalising in the last minute after having their goalkeeper sent off. Photo by Colin McPherson. 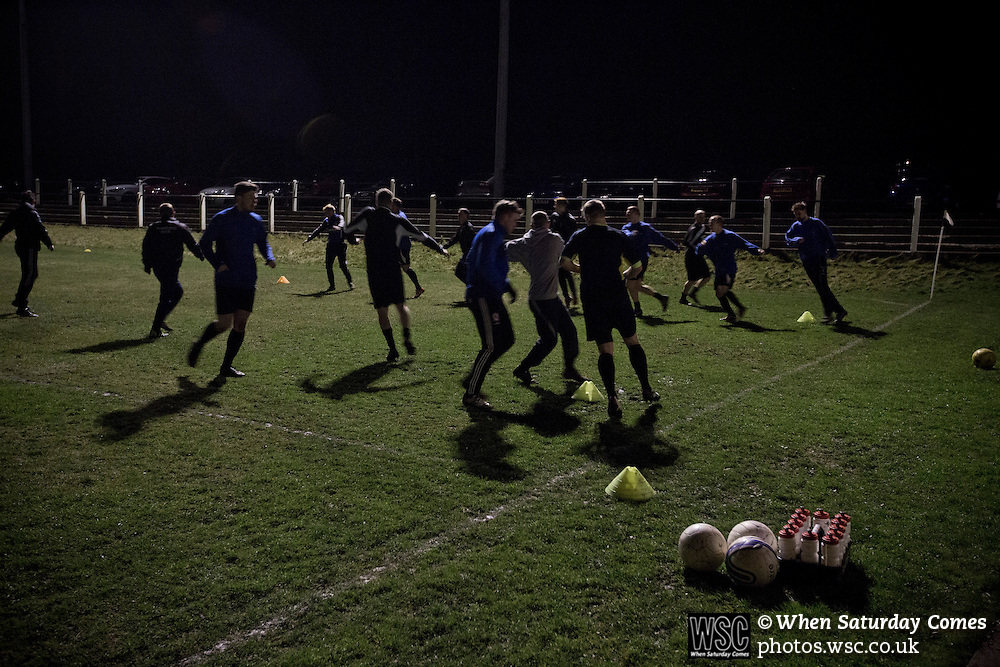