Gateshead 1 Cambridge United 1, 17/09/2011. Gateshead International Stadium, Football Conference. The head of the home team's mascot resting on a seat in the main stand at the Gateshead International Stadium, the athletics stadium which is also the home ground of Gateshead FC, on the day the club played host to Cambridge United in a Blue Square Bet Premier division fixture. The match ended in a one-all draw, watched by a crowd of 904. The point meant Gateshead went to the top of the division, one below the Football League in England. Photo by Colin McPherson. 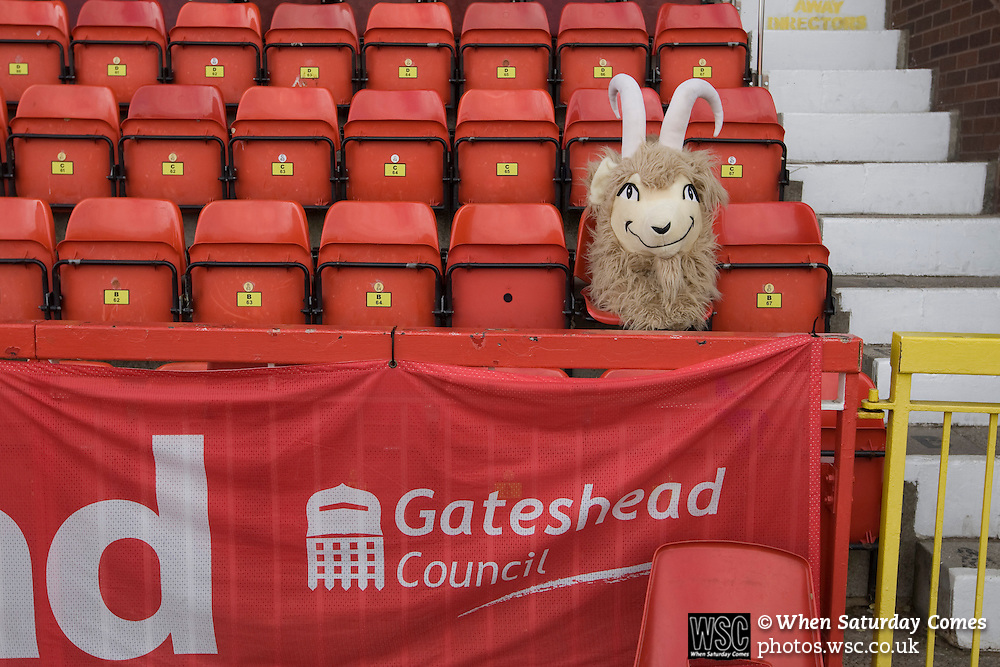