Fans linking arms after the 25th anniversary memorial service to the 1989 Hillsborough disaster at Liverpool Football Club's Anfield Stadium. The Hillsborough stadium disaster led to 96 Liverpool football fans losing their lives in a crush at an FA Cup semi final tie against Nottingham Forest. The families of the victims campaigned against the original verdict of the incident and were rewarded with a new inquiry held in 2014 into events at the match at Hillsborough. Photo by Colin McPherson. 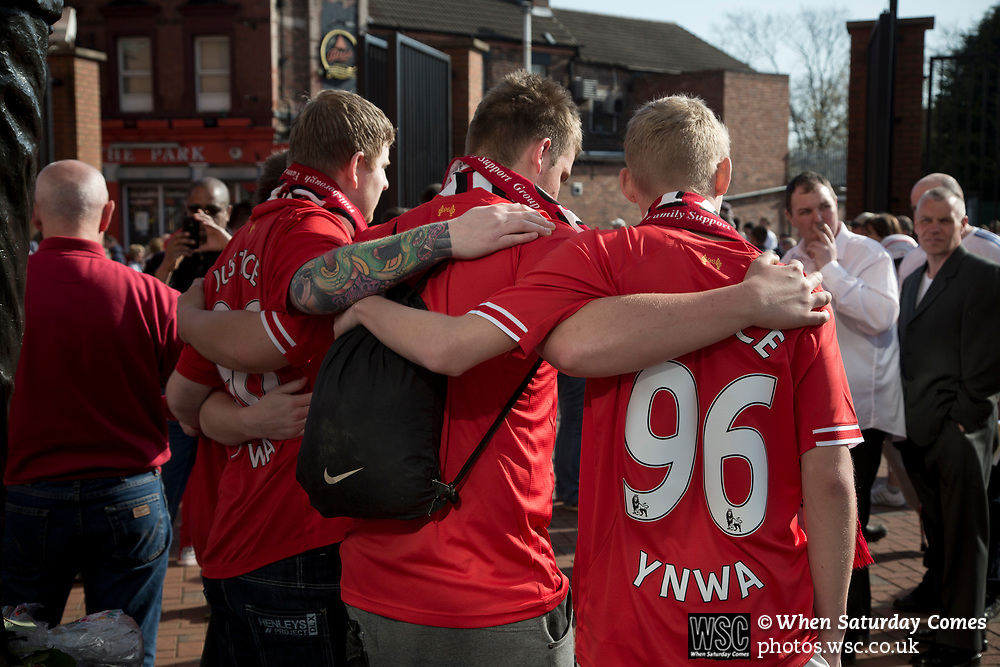