Portsmouth 1 Southampton 1, 18/12/2012. Fratton Park, Championship. Southampton defender Jos Hooiveld (red shirt) leaping above Portsmouth goalkeeper Stephen Henderson during the first half of their Championship fixture at Fratton Park stadium, Portsmouth. Around 3000 away fans were taken directly to the game in a fleet of buses in a police operation known as the "coach bubble" to avoid the possibility of disorder between rival fans. The match ended in a one-all draw watched by a near capacity crowd of 19,879. Photo by Colin McPherson. 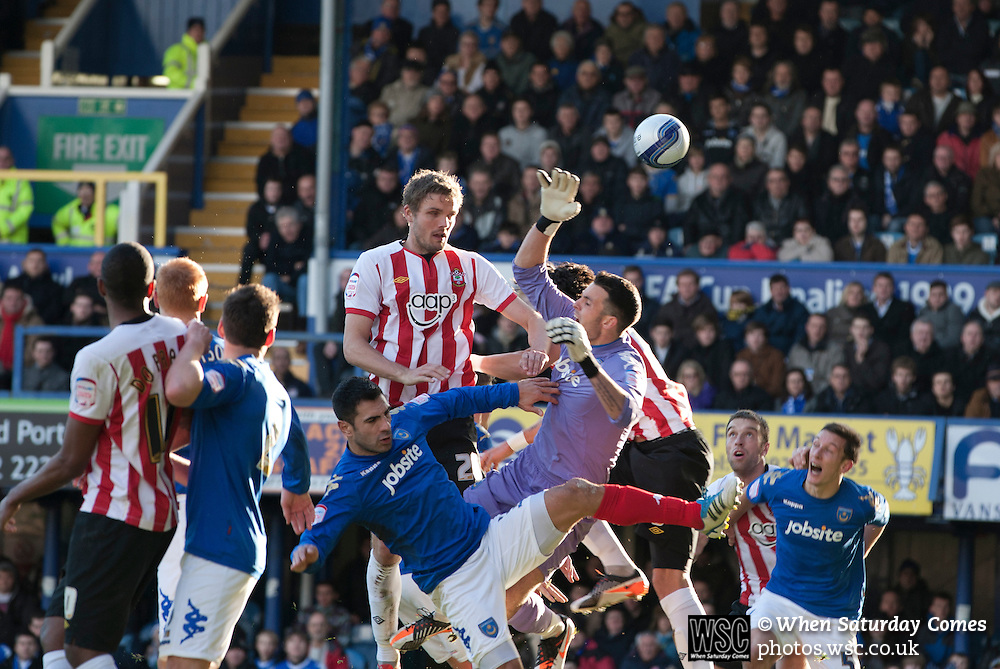