Hartlepool United 0 Middlesbrough 0, 20/07/2013. Victoria Ground, Pre-Season Friendly. Young supporters of Hartlepool United playing football outside one of the bars at the Victoria Ground, Hartlepool, before the pre-season friendly between the home team and Middlesbrough. Hartlepool were relegated to League Two at the end of the 2012-13 season whilst their Teesside neighbours remained two divisions above them in the Championship. The game ended in a no-score draw watched by a crowd of 2307. Photo by Colin McPherson. 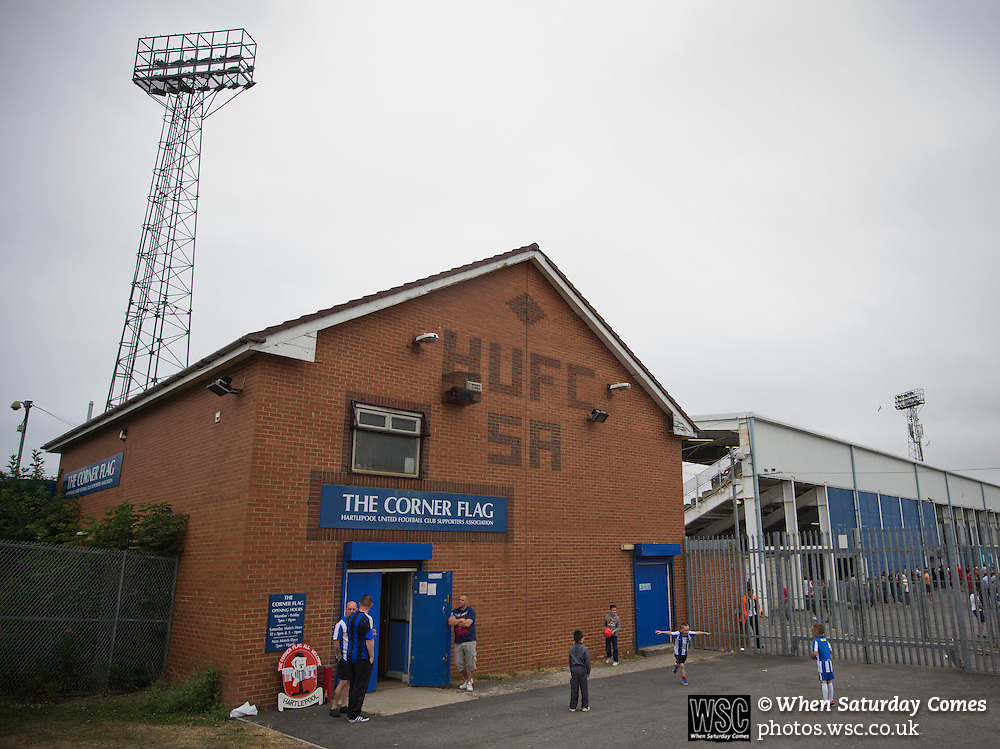