Ramsbottom United 1 Barwell 3, 03/10/2015. Riverside Stadium, Northern Premier League. Ramsbottom United goalkeeper and captain Grant Shenton retrieves the ball from the net after his error allowed opponents Barwell to score the vital second goal at the Harry Williams Riverside Stadium in a Northern Premier League premier division match. This was the club's 13th league game of the season and they were still to record their first victory following a 3-1 defeat, watched by a crowd of 176. Rams bottom United were formed by Harry Williams, the current chairman, in 1966 and progressed from local amateur football in Bury to the semi-professional leagues. Photo by Colin McPherson. 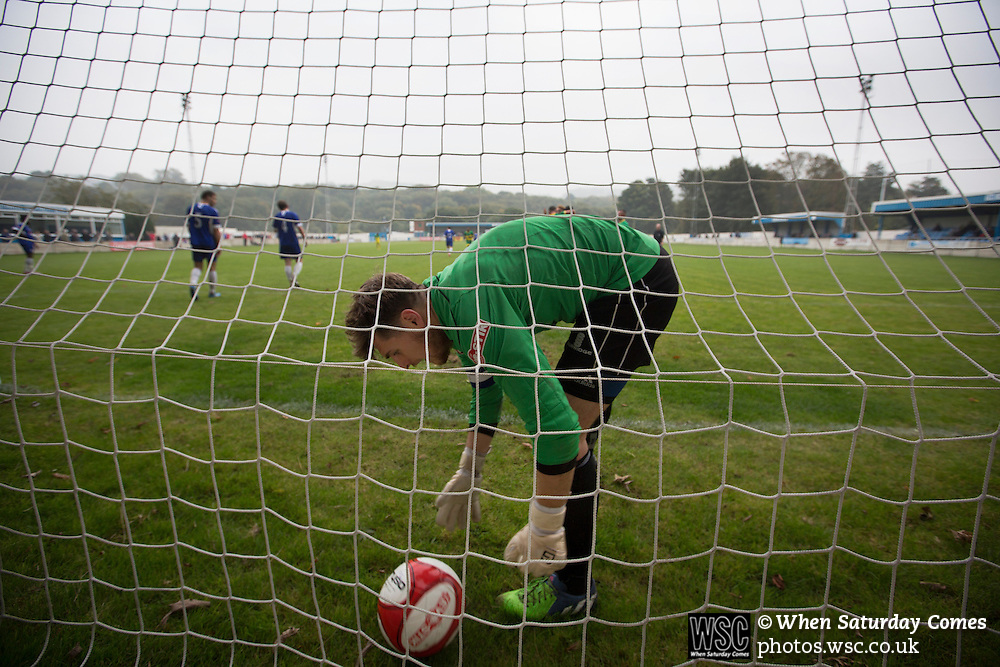