Manchester City 2 Hamburg SV 1, 16/04/2009. City of Manchester Stadium, UEFA Cup quarter final. Goalkeeper Shay Given protests to the referee that Hamburg players are wasting time at the City of Manchester Stadium, home to Manchester City FC, near the end of the UEFA Cup quarter final second leg match with Hamburg SV. Several thousand fans of the German club made the trip to manchester to see their side progress to an all-German semi-final with Werder Bremen. Although Hamburg lost 2-1 in Manchester they went through 4-3 on aggregate after winning last week's first-leg 3-1. Photo by Colin McPherson. 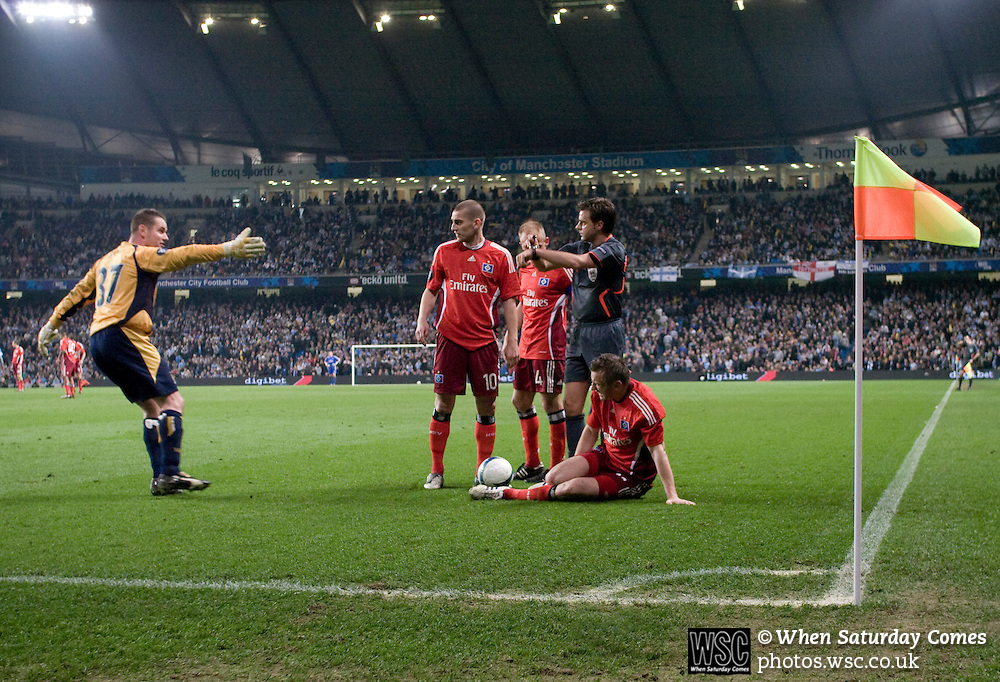