Vauxhall Motors FC 0 Solihull Moors 2, 26/04/2014. Rivacre Park, Conference North. The home players wandering back onto the pitch after half-time during Vauxhall Motors (in white) play Solihull Moors at Rivacre Park in the final Conference North fixture of the season. It was to be the last match for the Ellesmere Port-based home club, named after the giant car factory in the town, who have resigned from the professional pyramid system to return to local amateur football due to spiralling costs and low attendances. Their final match resulted in a 2-0 home defeat, watched by a crowd of only 215. Photo by Colin McPherson. 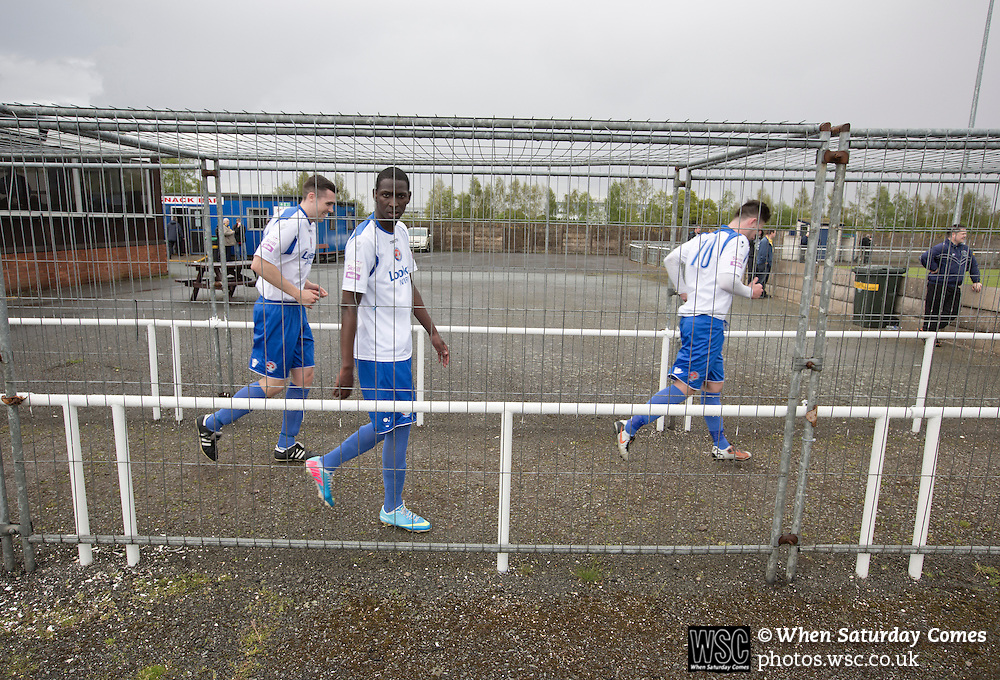