Dover Athletic 2 Cambridge United 4, 17/11/2016. The Crabble, FA Cup first round replay. An exterior view of the Crabble, home to Dover Athletic, with the Dover Rugby Club's clubhouse in the foreground. The photograph was taken on the day that National League Dover Athletic hosted League 2 Cambridge United in an FA Cup first round replay, which the visitors won 402 after extra time. The wooden stand pictured in the background, is the new Family Stand, which was opened two days later at the club's fixture against Guiseley. Photo by Colin McPherson. 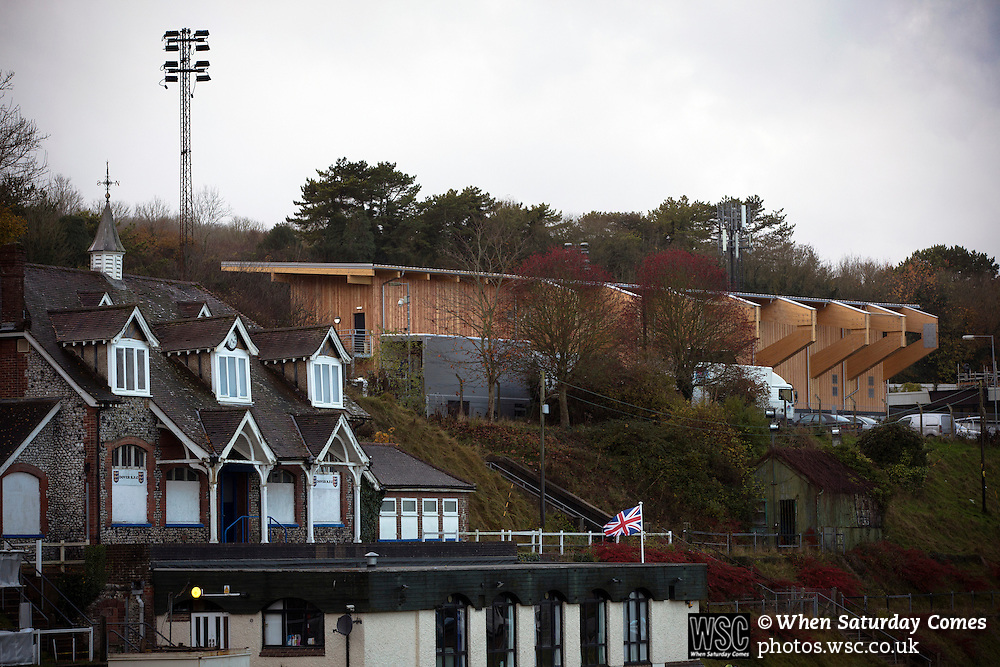