Heart of Midlothian 4 Inverness Caledonian Thistle 1, 26/08/2006. Tynecastle Park, Scottish Premier League. Heart of Midlothian fans making their way to the team's Tynecastle Park home before a Scottish Premier League game against Inverness Caledonian Thistle. Hearts have been in existence since 1874 and are strongly identified with the Gorgie area of Edinburgh where they play. The club was taken over by a Lithuanian multi-millionaire, Vladimir Romanov in early 2005 and finished runners-up in the league and were Scottish Cup winners in 2005-06. The home team won the match 4-1 watched by 15,912 spectators. Photo by Colin McPherson. 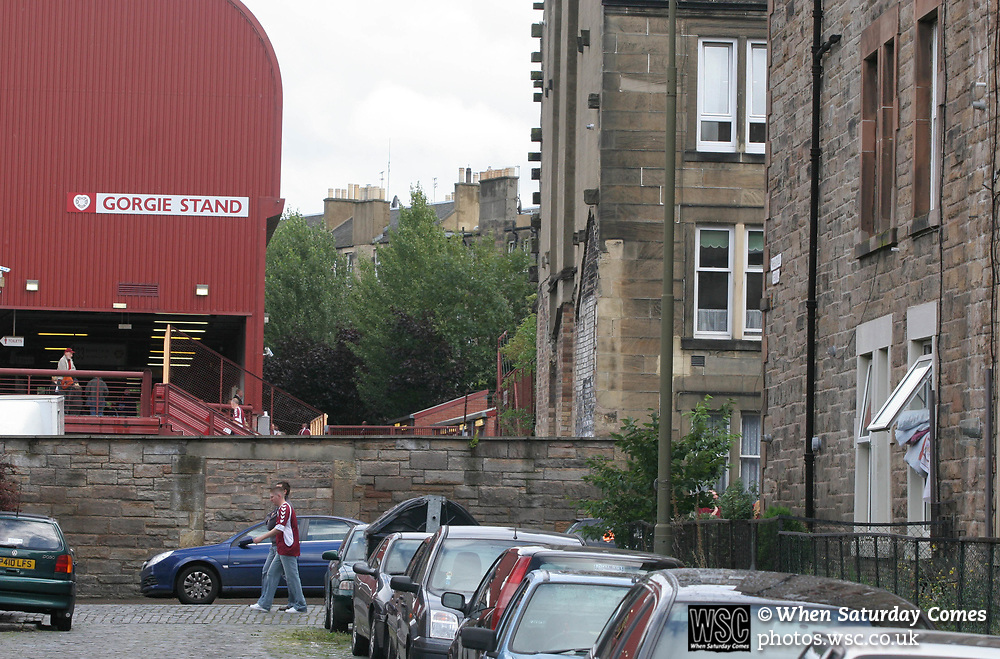