Rochdale 3 Tranmere Rovers 1, 01/01/2011. Spotland, League One. Tranmere Rovers manager Les Parry (centre) and assistant Kevin Summerfield (right) react with disbelief to their opponents winning goal at Spotland Stadium, during the team's Npower League 1 fixture away to Rochdale. It was the first league fixture between the teams since March 1989. Rochdale won this latest encounter by three goals to two watched by a crowd of 5,500. Photo by Colin McPherson. 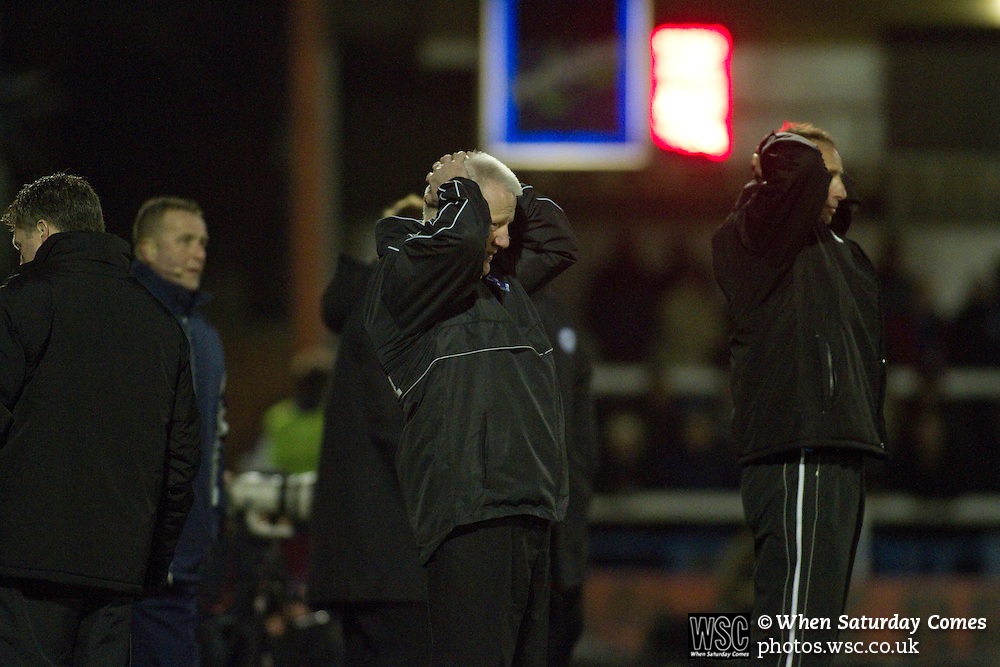