Cefn Druids AFC 1 Buckley Town 0, 12/04/2014. The Rock, Cymru Alliance league. Fans watching the home team captain Gareth Edwards lifting the league trophy at The Rock, Rhosymedre, home to Cefn Druids AFC, after the club's final home game of the season against Buckley Town (in yellow) in the Cymru Alliance league. Druids, reputedly the oldest football club in Wales, won the Alliance league the previous week and were awarded the trophy after the Buckley Town match, which they won by 1 goal to nil, watched by a crowd of 246. The Cymru Alliance was the second tier of Welsh football based in north and mid Wales, promotion from which led directly into the Welsh Premier League. Photo by Colin McPherson. 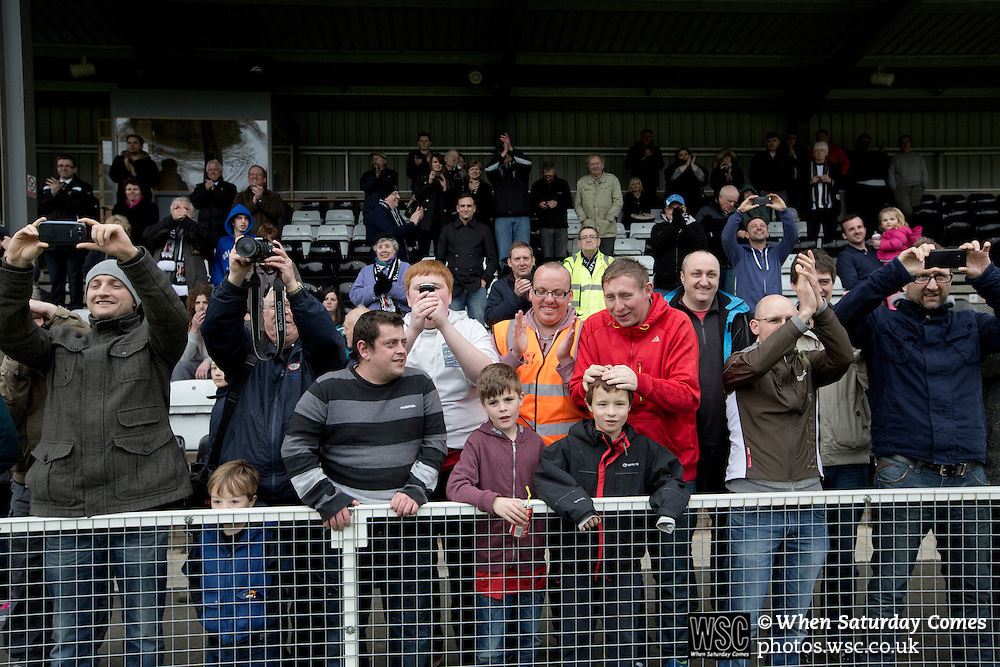