Arbroath 0 Edinburgh City 1, 15/03/2017. Gayfield Park, SPFL League 2. Visiting defender Joe Mbu has words with an opponent as the teams leave the pitch after the final whistle as Arbroath hosted Edinburgh City (in yellow) in an SPFL League 2 fixture. The newly-promoted side from the Capital were looking to secure their place in SPFL League 2 after promotion from the Lowland League the previous season. They won the match 1-0 with an injury time goal watched by 775 spectators to keep them 4 points clear of bottom spot with three further games to play. Photo by Colin McPherson. 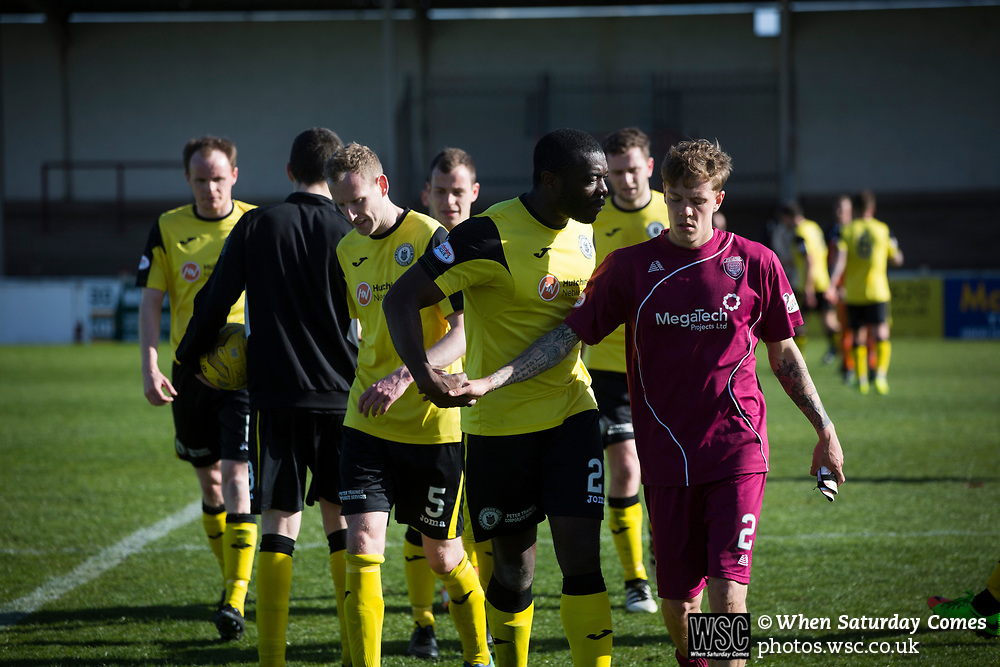