Warrington Rylands 1 West Auckland Town 1 (3-1 pens), 24/04/2021. Gorsey Lane, FA Vase Fifth Round. The away team taking part in their pre-match warm-up before Warrington Rylands play West Auckland Town in an FA Vase Fifth Round fixture at Gorsey Lane. The host club was founded as Rylands F.C. in 1906 as a works team from a manufacturer of wire and compete in the North West Counties League, with their opponents playing in the Northern League. The home team won the match 3-1 on penalties after a 1-1 draw and progressed to the quarter-finals for the first time in their history in a game played behind closed doors due to Covid-19 restrictions. Photo by Colin McPherson. 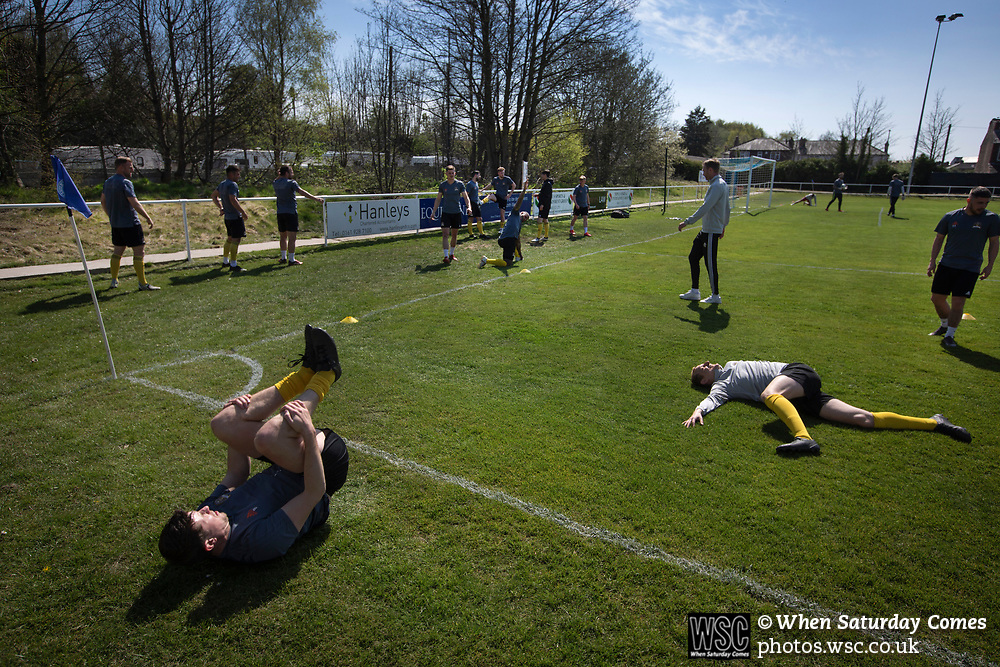