Warrington Rylands 1 West Auckland Town 1 (3-1 pens), 24/04/2021. Gorsey Lane, FA Vase Fifth Round. The away team on the attack as Rylands (in blue) play West Auckland Town in an FA Vase Fifth Round fixture at Gorsey Lane. The host club was founded as Rylands F.C. in 1906 as a works team from a manufacturer of wire and compete in the North West Counties League, with their opponents playing in the Northern League. The home team won the match 3-1 on penalties after a 1-1 draw and progressed to the quarter-finals for the first time in their history in a game played behind closed doors due to Covid-19 restrictions. Photo by Colin McPherson. 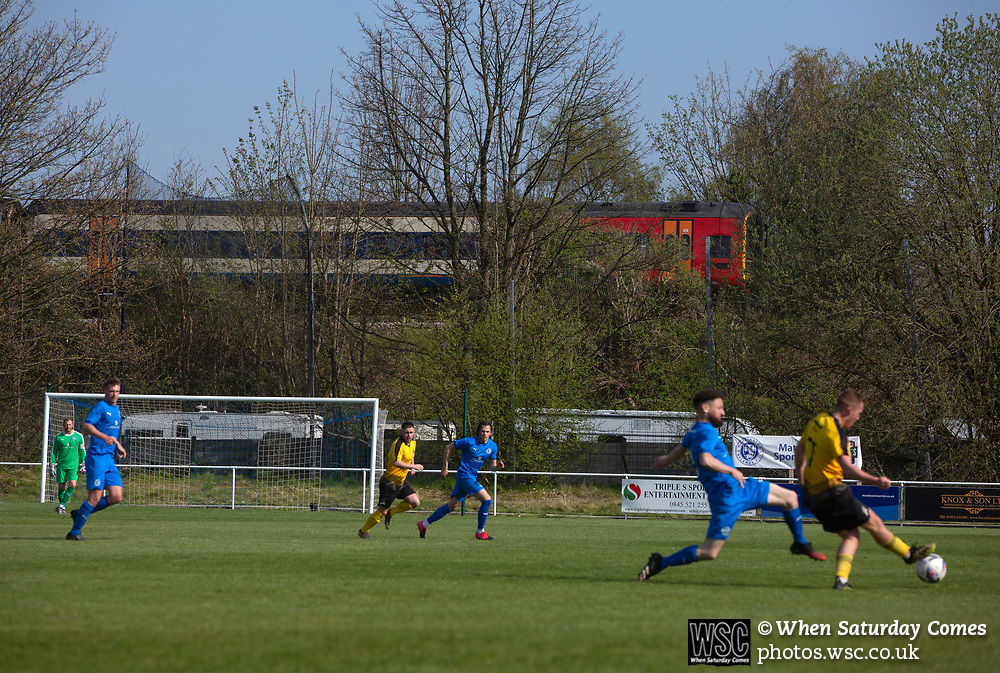