Nottingham Forest 2 Yeovil Town 5, 18/05/2007. City Ground, League One Play Off Semi Final 2nd Leg. Yeovil Town's goalkeeper Steve Mildenhall leaping to celebrate his side's fourth goal during their club's League One play-off semi-final match against Nottingham Forest at the City Ground. Forest had won the first leg by 2 goals to nil at Yeovil the previous week but were defeated by 5 goals to 2 after extra time and missed out on the play-off final at Wembley. Yeovil went on to play Blackpool in the final for the one remaining promotion place to the Championship. Photo by Colin McPherson. 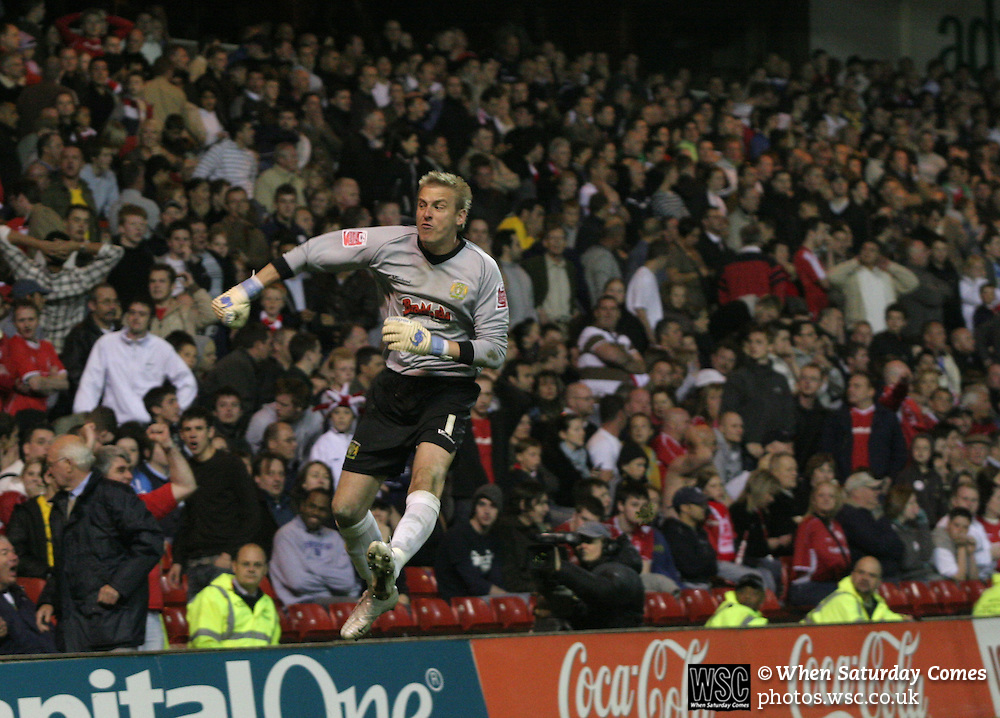