Whitehill Welfare 4 Gala Fairydean Rovers 2, 10/08/2013. Ferguson Park, Scottish Lowland Football League. A home club's official prepares the half-time hospitality for the directors and guests as Gala Fairydean Rovers play their inaugural match in the Scottish Lowland Football League away to Whitehill Welfare at Ferguson Park. Gala were formed in 2013 by an a re-amalgamation of Gala Fairydean and Gala Rovers, the two clubs having separated in 1908 and Gala's Netherdale ground in Galashiels in the Scottish Borders had one of only two stands designated as listed football stands in Scotland. Whitehill won the match, the first-ever in the newly-formed Lowland League by 4 goals to 2. Photo by Colin McPherson. 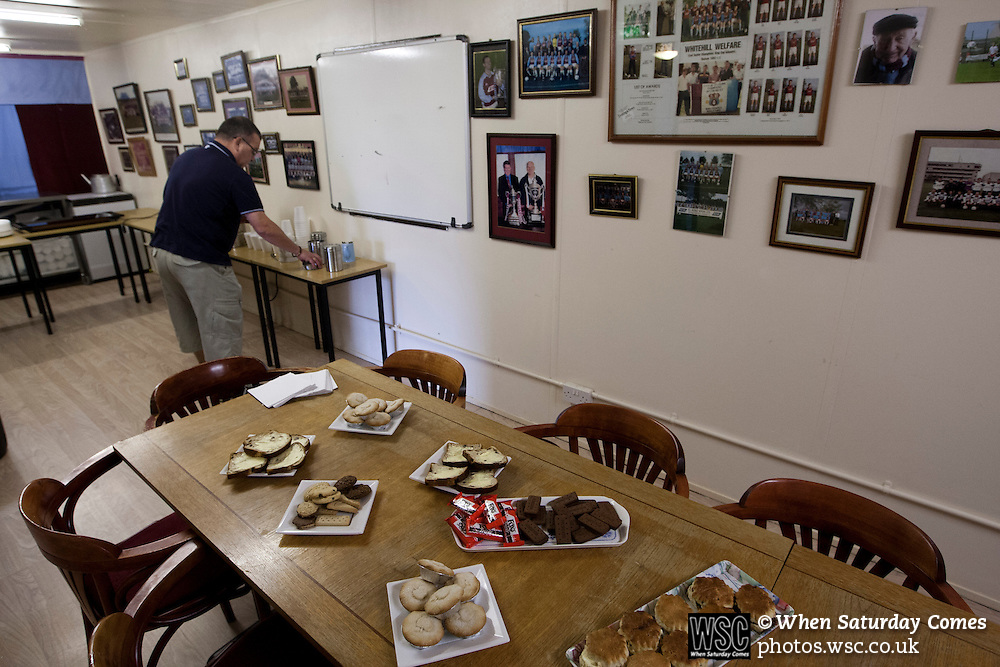