Peterborough United 1 Chesterfield 0, 21/03/2015. Abax Stadium, League One. Away club manager Paul Cook has a word with referee Dave Webb during the first half at the Abax Stadium, as Peterborough United play Chesterfield in a SkyBet League One fixture. The home team won the match by one goal to nil, watched by a crowd of 6,612. The result allowed Peterborough to leapfrog their opponents into the League One play-off positions with eight games remaining of the season. Photo by Colin McPherson. 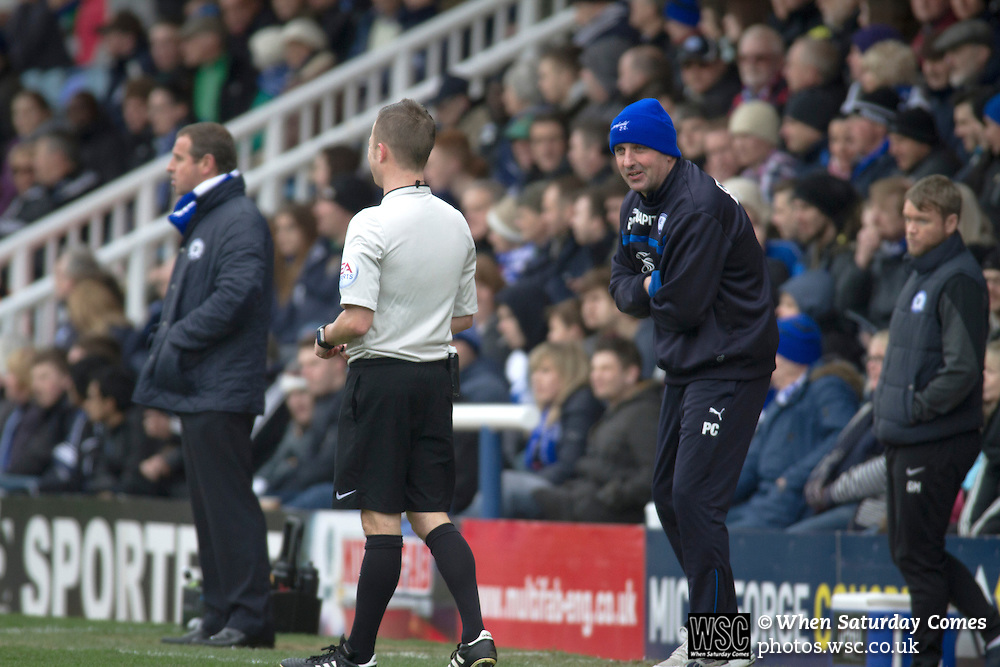