Lancaster City 0 FC Halifax Town 3, 15/10/2011, Giant Axe, FA Cup Third Qualifying Round. A league official making a 'fair play' presentation to a member of backroom staff at Lancaster City's Giant Axe ground prior to the club's FA Cup third qualifying round match against FC Halifax Town. The visitors, who play two leagues above their hosts in the English football pyramid, won the ties by three goals to nil, watched by a crowd of 646 spectators. Lancaster City were celebrating their centenary in 2011, although there was a dispute over the exact founding date over the club known as Dolly Blue. Photo by Colin McPherson. 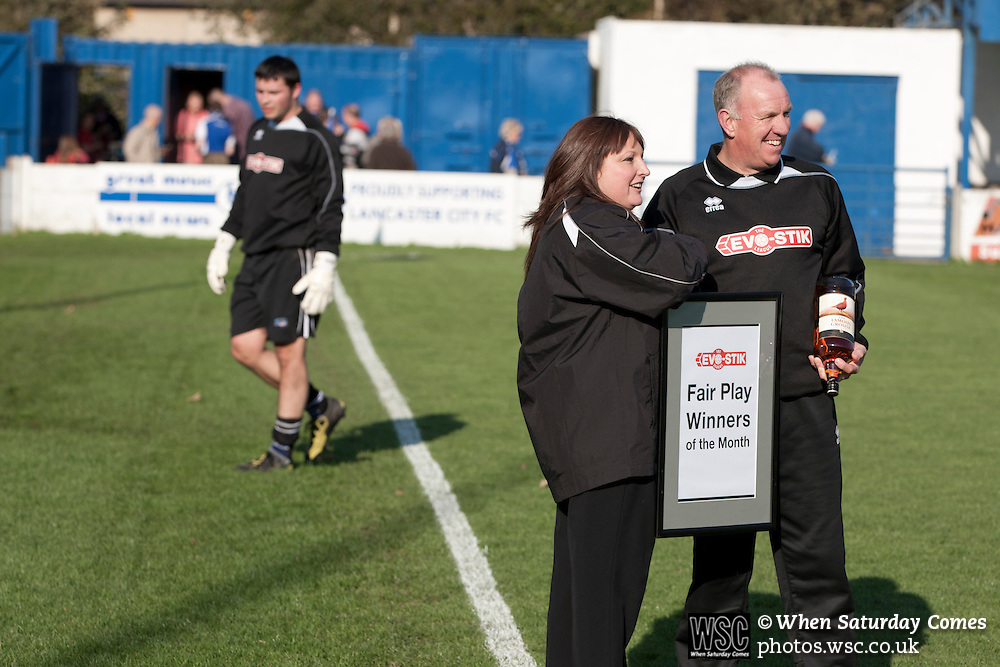