Middlesbrough 1 Preston North End 1, 22/01/2011. Riverside Stadium, Championship. A banner celebrating former player Graeme Souness on a lamppost outside Middlesbrough FC's Riverside Stadium with the town's historicTransporter Bridge in the background on the day the club played host to Preston North End in an Npower Championship fixture. The match ended in a one-all draw watched by a crowd of 16,157. Middlesbrough relocated from their former home at Ayresome Park in 1995. Photo by Colin McPherson. 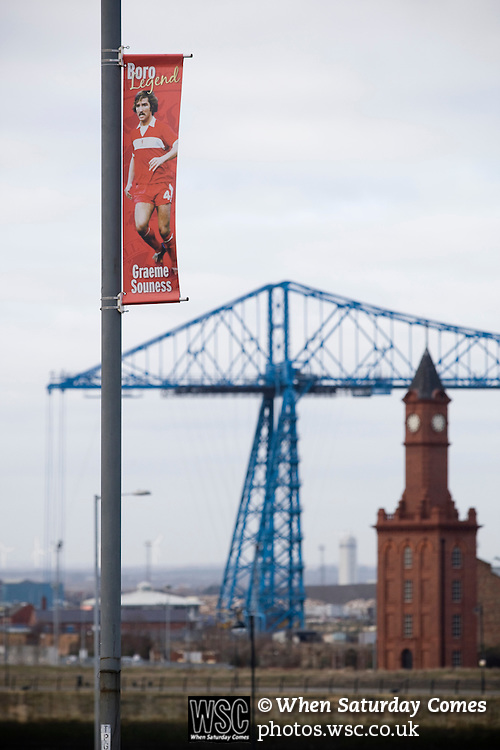