Crook Town 1 Albion Sports 0, 19/09/2020. Sir Tom Cowie Millfield Ground, FA Vase first round qualifying. Two elderly supporters discuss in conversation during the second-half as Crook Town (in amber) take on Albion Sports in an FA Vase first round qualifying tie at the Sir Tom Cowie Millfield Ground in Crook, County Durham, their home since 1898. Formed in 1889, Crook joined the Northern League in 1896 and between 1913 and 1922 made three trips to play Barcelona, part of an initiative to establish football as the main sport in Catalonia instead of bullfighting. Crook won this match 1-0 against their opponents from Bradford, watched by a crowd of 208 spectators. Photo by Colin McPherson. 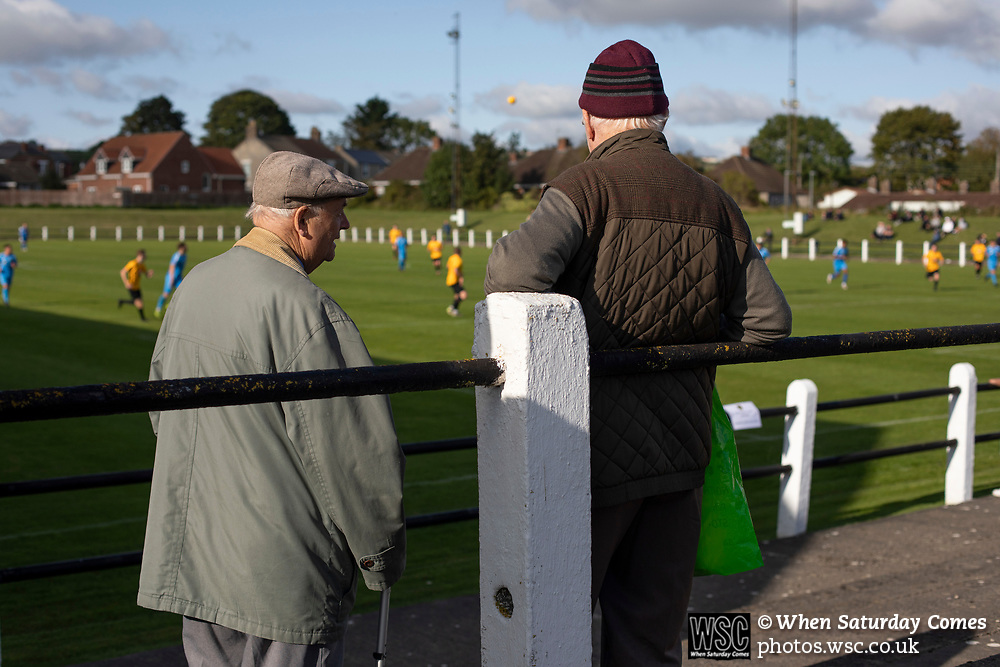