Waterford 0 St. Patrick’s Athletic 0. 19.11.2021. Waterford RSC, Waterford, Ireland, League of Ireland Premier Division.
Waterford Football Club is an Irish association football club based in Waterford. The club finished top of the 2017 League of Ireland First Division winning promotion to the 2018 League of Ireland Premier Division. The club was founded and elected to the league in 1930.
Waterford FC effort to secure their Premier Division status in the normal season just came up short. The Blues will face a first relegation playoff since 2007 when they’ll face UCD after they were held to a scoreless draw against St. Patrick’s Athletic. Marc Bircham takes training on the morning of the game.
Photo by Simon Gill 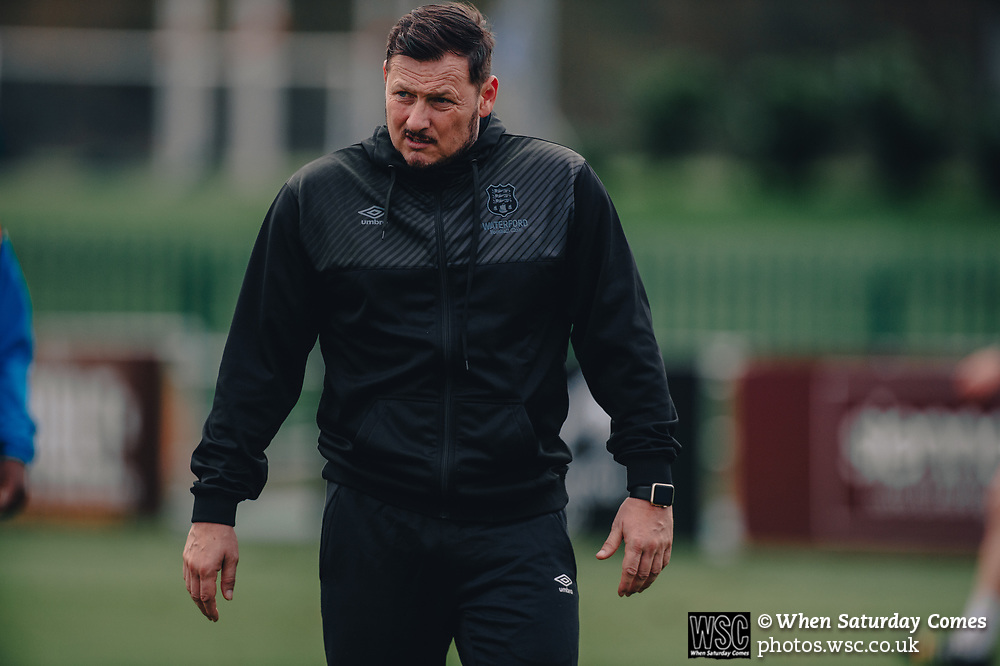