16.09.2008 Leek, England. The players of Leek Town (blue) and Clitheroe walking onto the pitch with match officials prior to the clubs FA Cup 1st Qualifying Round replay at Harrison Park, Leek. The first match ended in a one-all draw but it was Clitheroe who progressed to the next round winning the replay one-nil, despite having a man sent off in the second half. The preliminary stages of the FA Cup were used to determine which non-League clubs were included in the first round proper of the FA Cup. Photo by Colin McPherson. 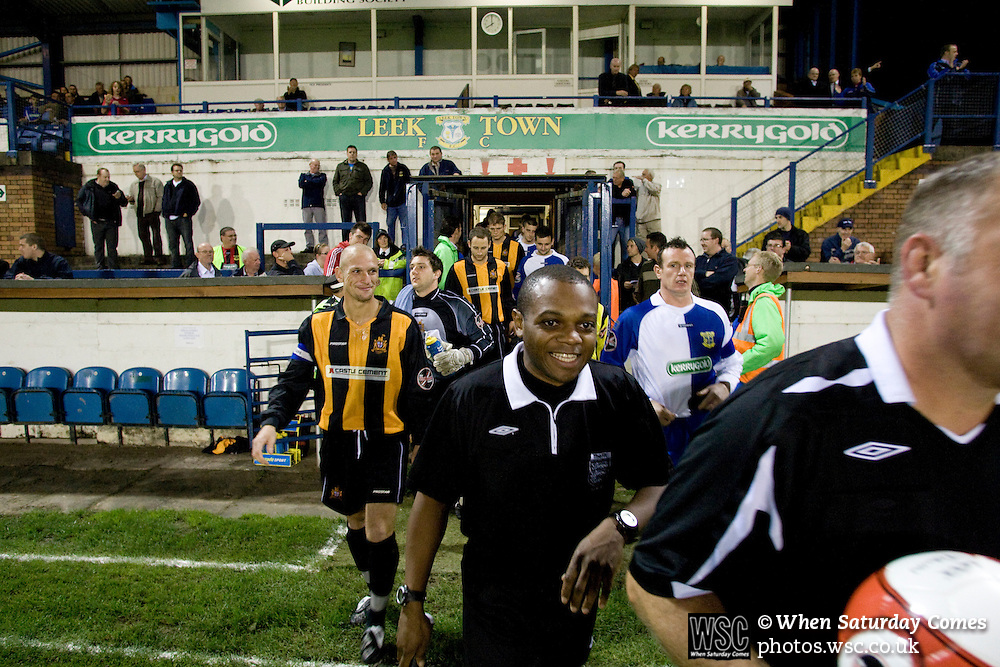