Kendal Town 1 Brighouse Town 0, 17/10/2020. Riverside Park, FA Trophy, second round qualifying. Two spectators watching action from the first-half as Kendal Town play Brighouse Town (in green) in an FA Trophy second round qualifying tie at Parkside Road, Kendal. Established in 1919 as Netherfield, they adopted their current name of Kendal Town in 2000 and at the time of this fixture were members of the Northern Premier League Division One North West. They won this match 1-0 against their opponents who played in the same division, watched by a crowd of 210. Photo by Colin McPherson. 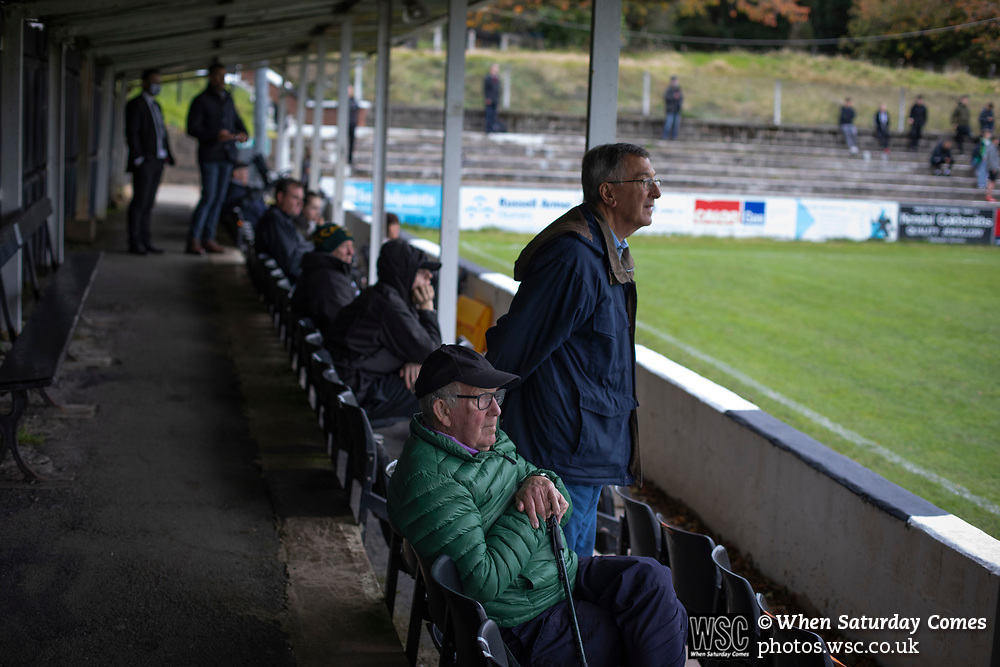