York City 1 Cambridge United 2, 10/10/2006. Bootham Crescent, Football Conference. York fans consoling themselves with fish and chips after the game. Photo by Paul Thompson. In York's second season since relegation form the Football League they finished 4th, and qualified for the play offs, where they suffered a 2-1 aggregate defeat
to Morecambe. Cambridge finished 17th of 24. Morecambe beat Exeter in the play off final, and are still (in 2020) members of the Football League. York reached the 2010 play-off final at Wembley Stadium, but were beaten 3–1 by Oxford United. Two years later they won the FA Trophy and the conference play final at Wembley in the same week. However the Minstermen were relegated from the Football league in 2015, and from the Conference to the National League North in 2016. 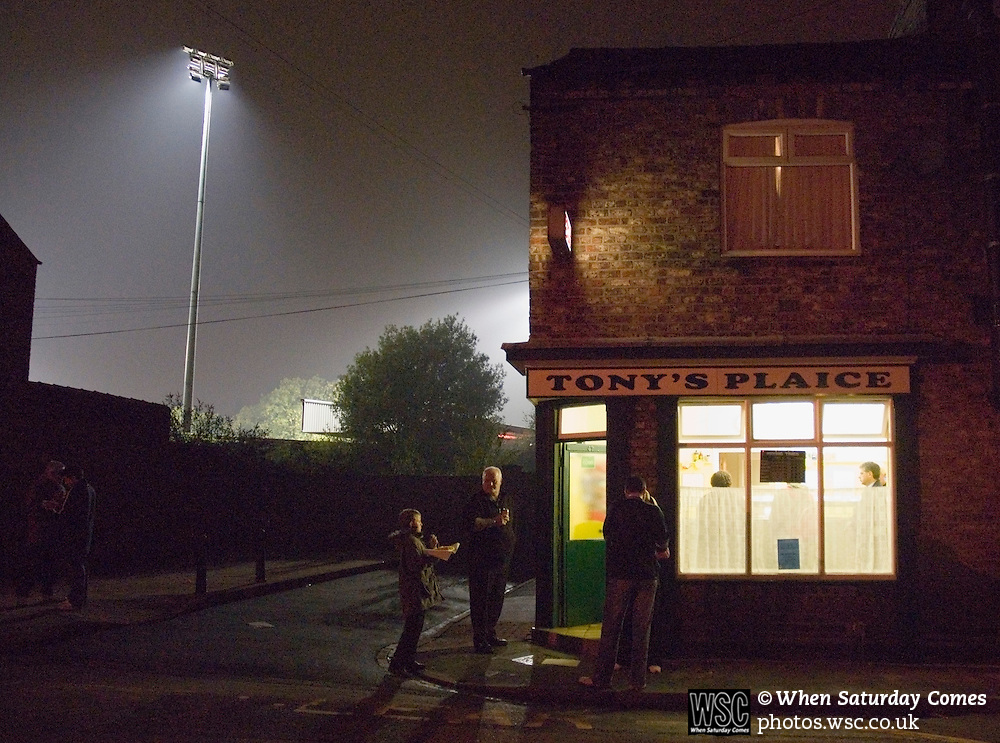