Wrexham 1 Brighton & Hove Albion 1, 18/01/2012. Racecourse Ground, FA Cup 3rd Round Replay. Wrexham goalkeeper Joslain Mayebi waiting pensively for the start of the penalty shoot out against Brighton and Hove Albion in an FA Cup third round replay, at the Racecourse Ground played following the teams one-all draw in the first match. The replay was won by Brighton, 5-4 on penalty kicks after the match had ended in a one-all draw after extra time, watch by a crowd of 8316. The visitors played in the Championship, three leagues above their rivals from Wales, who were top of the Conference at the time of the match. Photo by Colin McPherson. 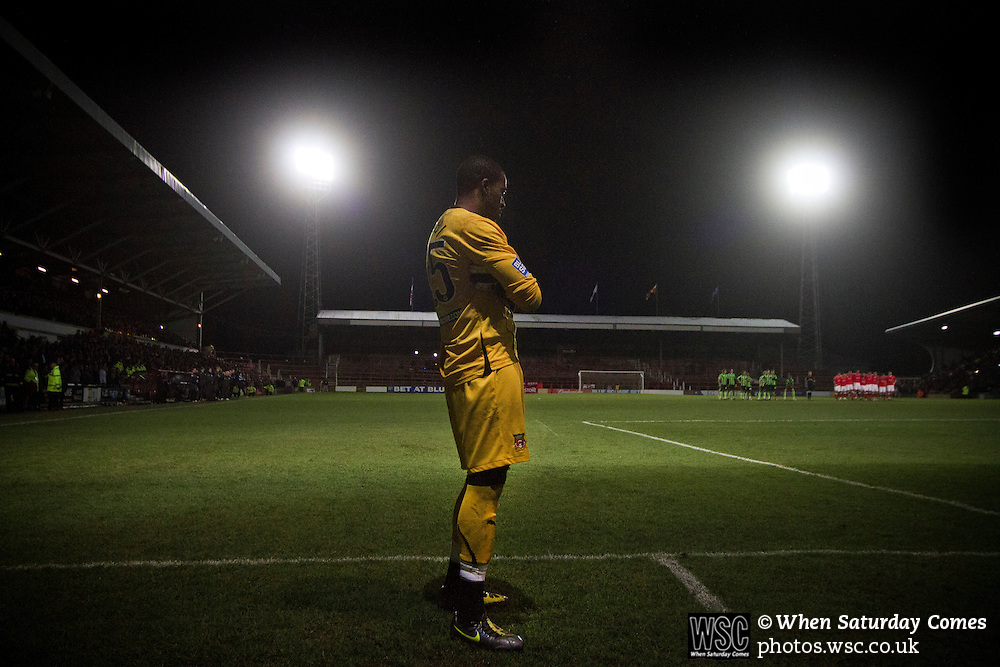