Newcastle United 1 Tottenham Hotspur 3 19/04/2015. St James Park, Premier League. Supporters gathering underneath a statue to former manager Sir Bobby Robson, situated outside the Milburn Stand of the stadium before Newcastle United host Tottenham Hotspurs in an English Premier League match at St. James' Park. The match was boycotted by a section of the home support critical of the role of owner Mike Ashley and sponsorship by a payday loan company. The match was won by Spurs by 3-1, watched by 47,427, the lowest league gate of the season at the stadium. Photo by Colin McPherson. 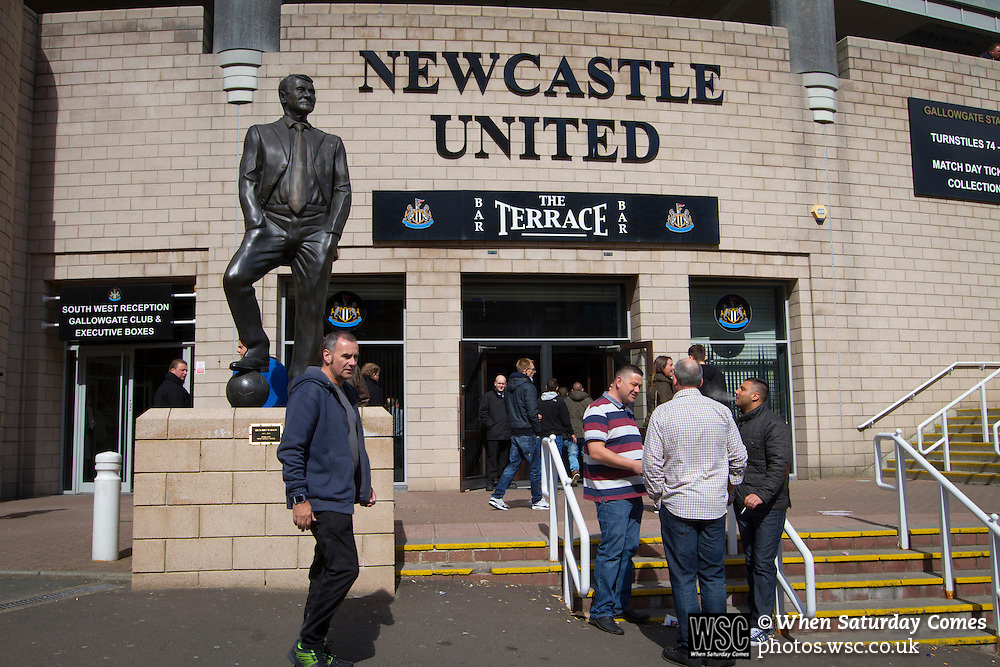