Rochdale 4, Accrington Stanley 2, 03/03/2007. Scotland, EFL League 2. Rochdale (blue shirts) play visitors Accrington Stanley in a League Two fixture at Spotland, Rochdale. Both sides were struggling near the foot of the division and facing the prospect of relegation from the Football League. Rochdale won this match by four goals to two, having lead three-nil at half-time. Picture shows Rochdale fans celebrating Adam le Fondre's second-half penalty which put his side 4-1 up. The game was watched by a crowd of 3343. Photo by Colin McPherson. 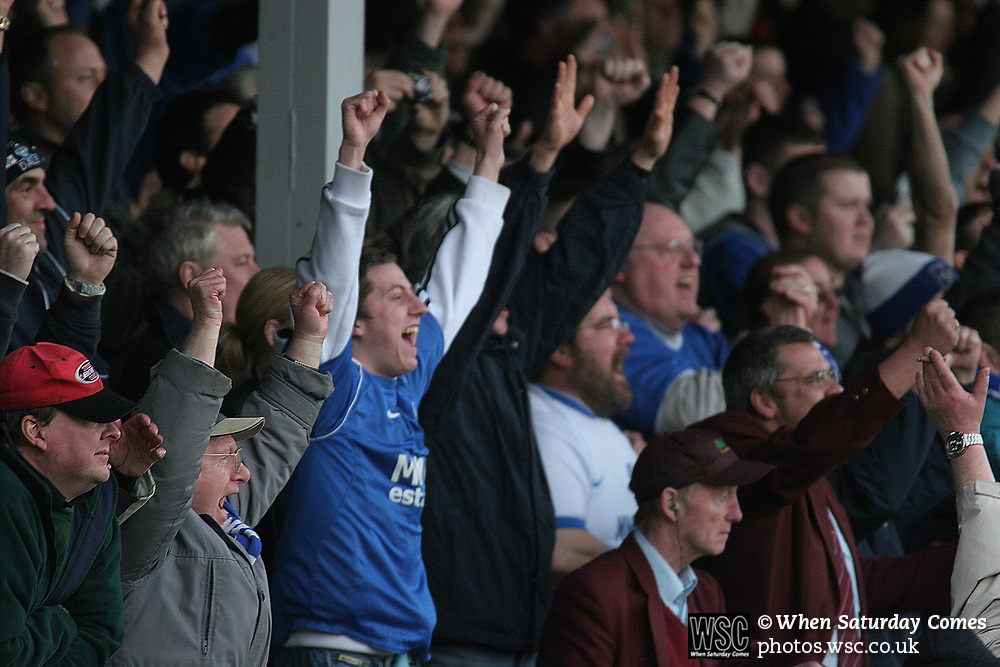