Blackburn Rovers 2 Aston Villa 0, 21/11/2010. Ewood Park, Premier League. Home fans waiting at the front of the Riverside prior to the teams coming out at Ewood Park, home of Blackburn Rovers, before the club played host to Aston Villa in a Barclays Premier League match. Blackburn won the match by two goals to nil watched by a crowd of 21,848. It was Rovers' first match under the ownership of Indian company Venky's. Photo by Colin McPherson. 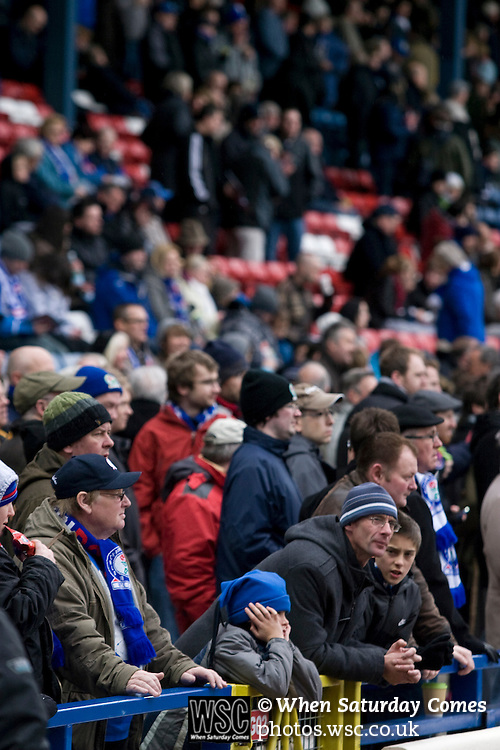