Reading 2 Swansea City 4, 30/05/2011. Wembley Stadium, Championship play-off final. Swansea players Stephen Dobbie and Nathan Dyer celebrate as manager Brendan Rodgers shows off the winners' trophy after the Npower Championship play-off final between Reading (blue) and Swansea City at Wembley Stadium. The match was won by Swansea by 4 goals to 2 watched by a crowd of 86,581. Swansea became the first Welsh team to reach the top division of English football since they themselves played there in 1983. Photo by Colin McPherson. 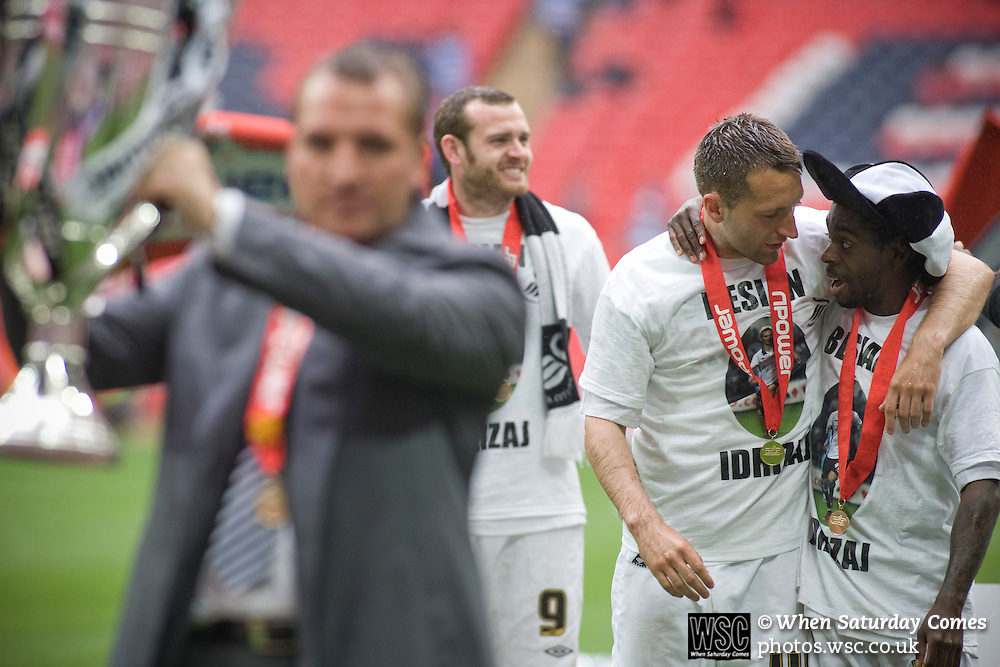