Alvechurch FC 3 Highgate United 0, 26/12/2016. Lye Meadow, Midland Football League Premier Division. Visiting goalkeeper Brendan Bunn in silhouette during the first-half at Lye Meadow as Alvechurch hosted Highgate United in a Midland Football League premier division match. Originally founded in 1929 and reformed in 1996 after going bust, the club has plans to move from their current historic ground to a new purpose-built stadium in time for the 2017-18 season. Alvechurch won this particular match by 3-0, watched by 178 spectators, taking them back to the top of the league. Photo by Colin McPherson. 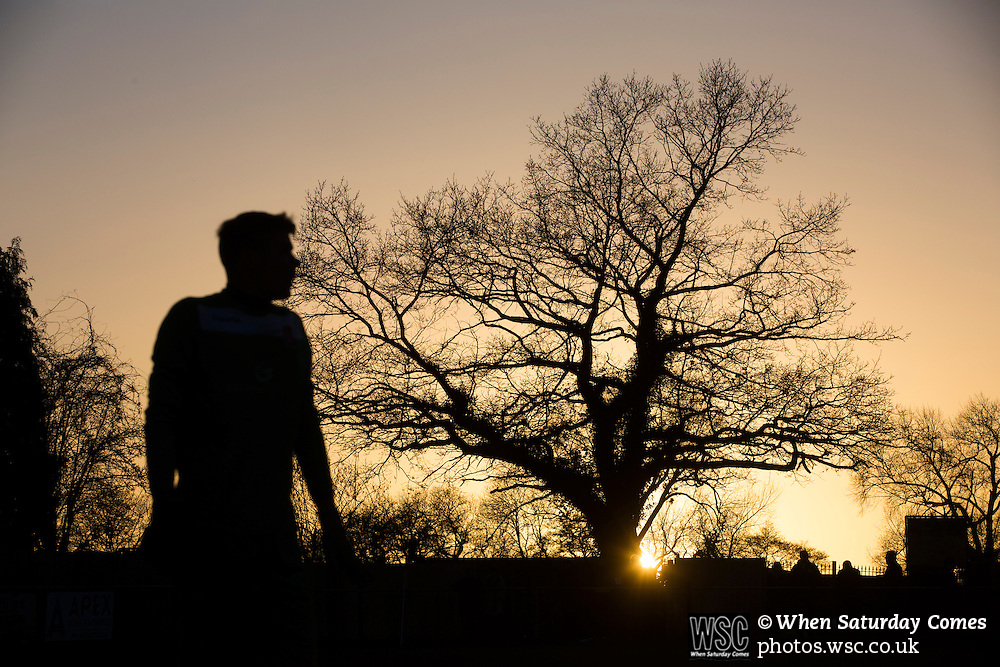