Newcastle United 1 Tottenham Hotspur 3 19/04/2015. St James Park, Premier League. Visiting forward Harry Kane receiving treatment from two of the medical team during the first-half as Newcastle United host Tottenham Hotspurs in an English Premier League match at St. James' Park. The match was boycotted by a section of the home support critical of the role of owner Mike Ashley and sponsorship by a payday loan company. The match was won by Spurs by 3-1, watched by 47,427, the lowest league gate of the season at the stadium. Photo by Colin McPherson. 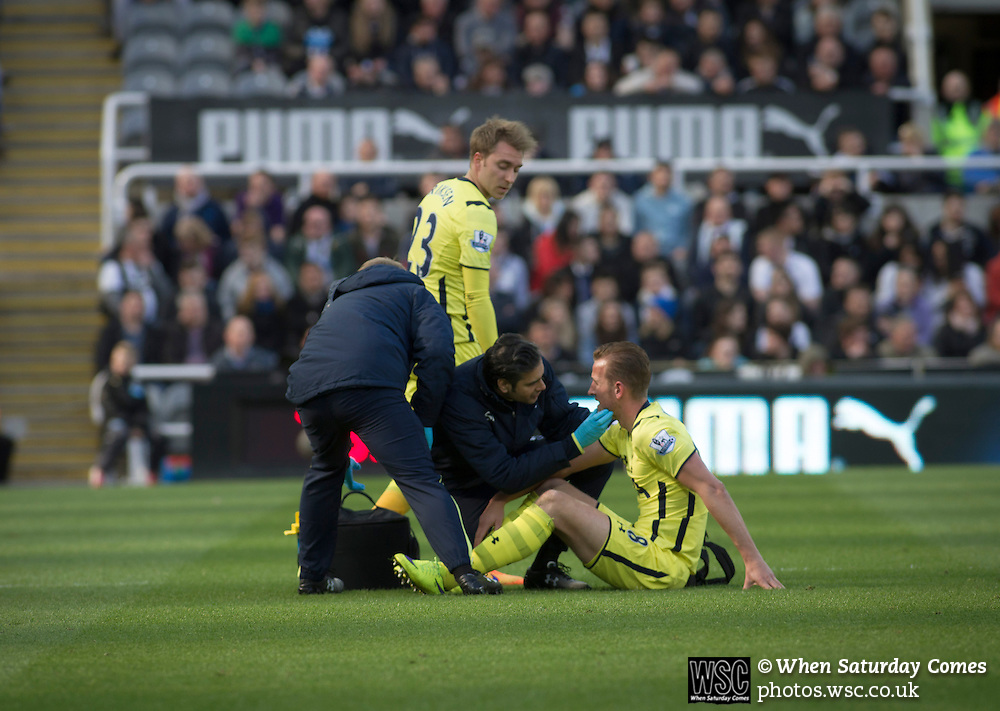