A home fans chooses to read the programme rather than watching the second-half in the near-deserted home stands at Bloomfield Road stadium as Blackpool hosted Portsmouth in an English League One fixture. The match was proceeded by a protest by around 500 home fans against the club's controversial owners Owen Oyston, many of whom did not attend the game. The match was won by the visitors by 2-1 with two goals by Ronan Curtis watched by just 4,154 almost half of which were Portsmouth supporters. 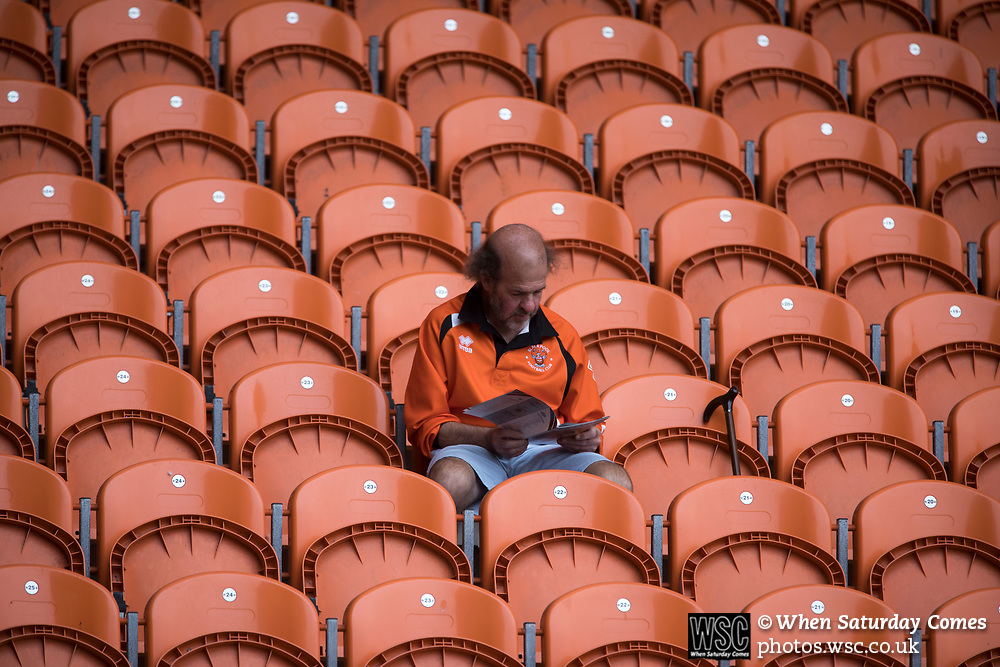