West Ham United 2 Crystal Palace 2, 02/04/2016. Boleyn Ground, Premier League. Visiting goalkeeper Wayne Hennessey is challenged by Emmanuel Emenike during the second-half at the Boleyn Ground as West Ham United hosted Crystal Palace in a Barclays Premier League match. The Boleyn Ground at Upton Park was the club's home ground from 1904 until the end of the 2015-16 season when they moved into the Olympic Stadium, built for the 2012 London games, at nearby Stratford. The match ended in a 2-2 draw, watched by a near-capacity crowd of 34,857. Photo by Colin McPherson. 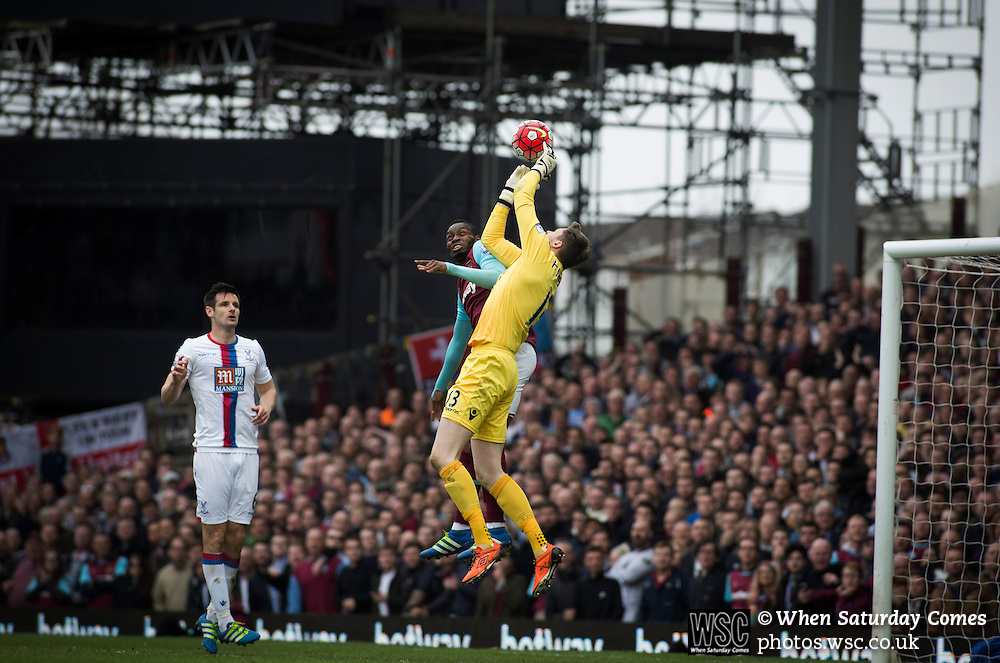