Harestanes AFC v Girvan FC, 15/08/2015. Scottish Cup preliminary round, Duncansfield Park. Home manager Paul Marshall (left) watching the first-half action as Harestanes AFC (in light blue) take on Girvan FC in a Scottish Cup preliminary round tie, staged at Duncansfield Park, home of Kilsyth Rangers. The home team were the first winners of the Scottish Amateur Cup to be admitted directly into the Scottish Cup in the modern era, whilst the visitors participated as a result of being members of both the Scottish Football Association and the Scottish Junior Football Association. Girvan won the match by 3-0, watched by a crowd of 300, which was moved from Harestanes ground as it did not comply with Scottish Cup standards. Photo by Colin McPherson. 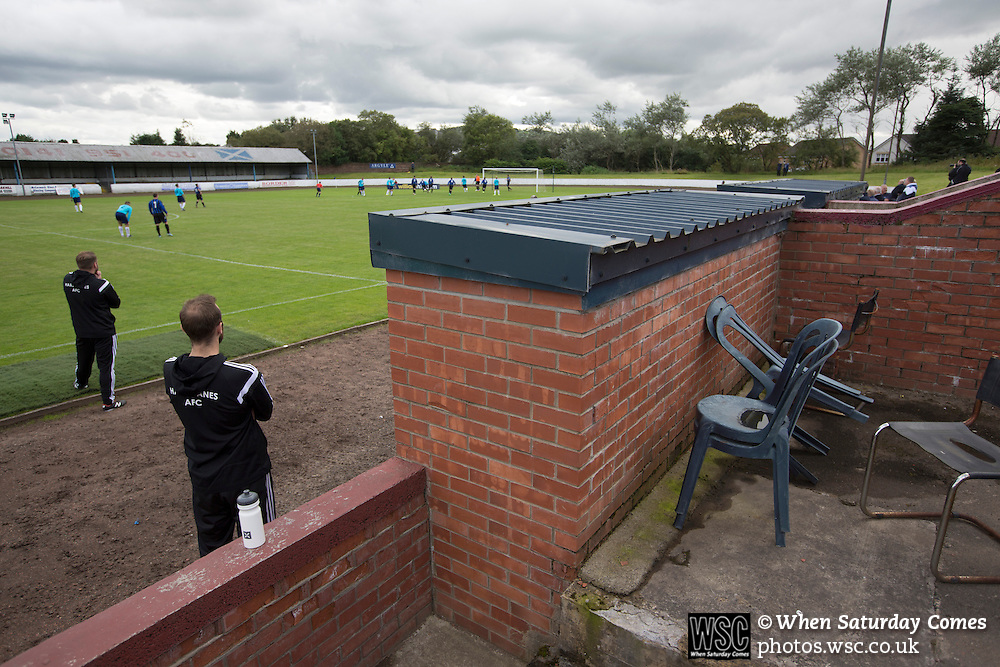