Two points dropped, Boro 1 Sheffield United 1, 17th April 1995. The men in caps have seen it all before. Mike Blackburn adds: "My late father is the taller of the two ‘men in caps' (on the right to the left of the floodlights in the picture.) Paul Thompson is quite right when he says they have 'seen it all before'. Dad would have been in about his 40th of 55 seasons watching Boro then. It looks as though he was just sucking the air through his teeth before coming out with the the well worn phrase of his - 'Ay ya bugger - typical bloody Boro man!’" Photo by Paul Thompson. 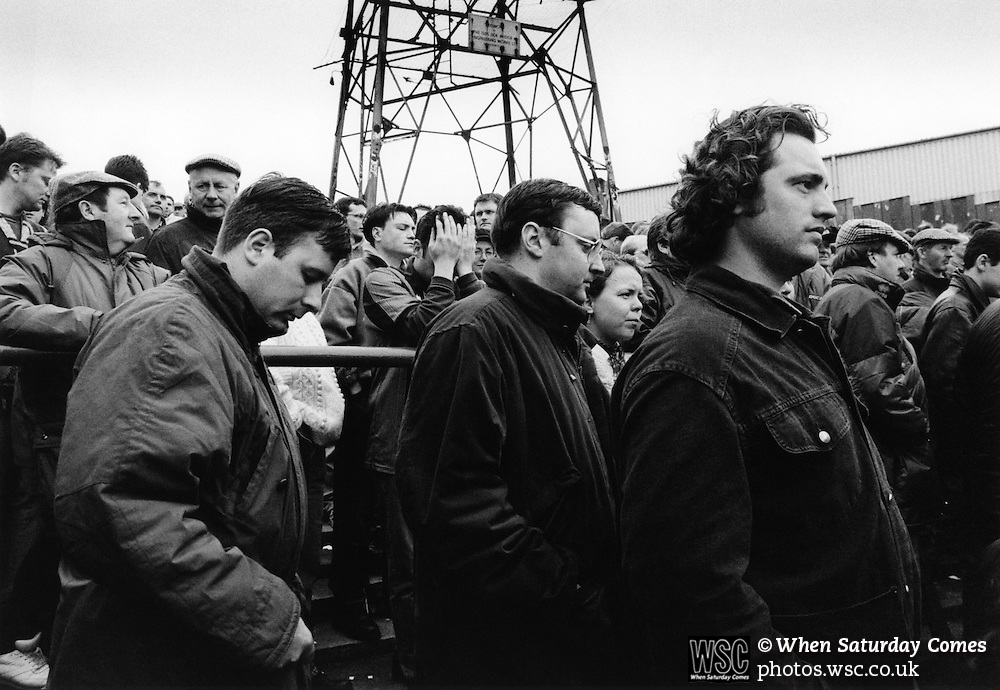