Denton 1 Winnington Avenue 1, 01/06/2021. Whittles Park, Cheshire League League 1. Three young boys standing behind the goal watching the second-half action as Denton Town (in red) play Winnington Avenue in a Cheshire League, League 1 fixture at Whittles Park, Denton, Greater Manchester. Formed as Bradford Parish, they changed their name to its present one in 1994, relocated to the current ground the following year and stepped up to the Cheshire League in 2006. Watched by a crowd of 50 spectators, second-placed Denton could only draw this game 1-1, leaving them behind league leaders Knowsley South by five points with only three games each remaining. Photo by Colin McPherson. 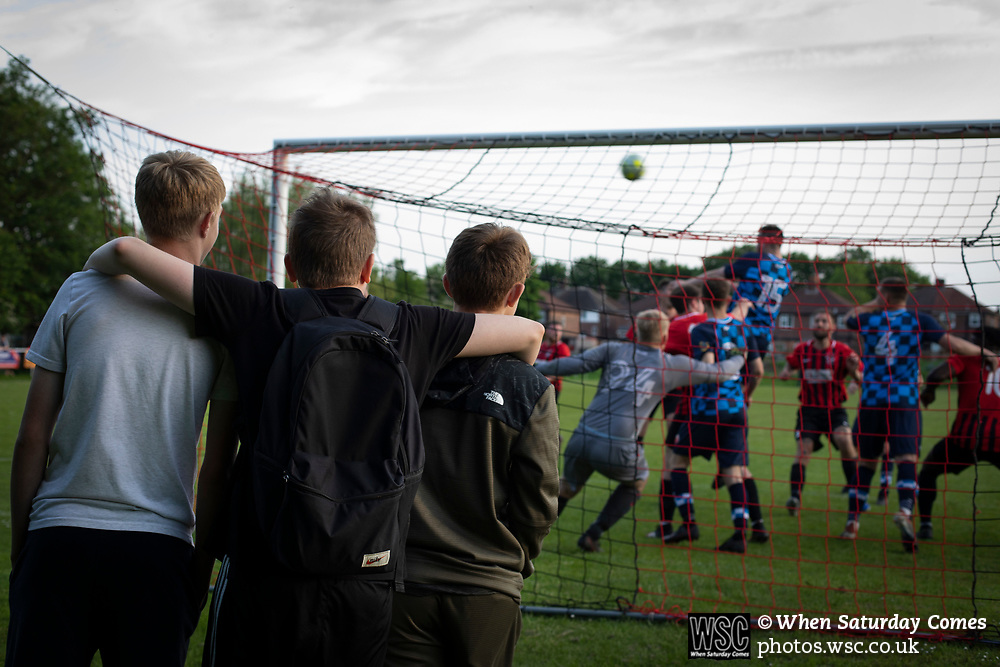