England 1 Gibraltar 0, 20/05/2008. Llanelian Road, Old Colwyn, Four Nations Semi-Professional Tournament. Spectators watching the pre-match warm up prior to England's game against Gibraltar in the Four Nations Semi-Professional tournament at Colwyn Bay in a game won 1-0 by the English. The tournament was established in 2002 and was held on an annual basis featuring teams from England, Scotland and Wales and an invited team, on this occasion Gibraltar. The tournament is hosted on a rotational basis and in 2008 games were staged at Colwyn Bay FC, Rhyl FC and The New Saints ground in Oswestry. Photo by Colin McPherson. 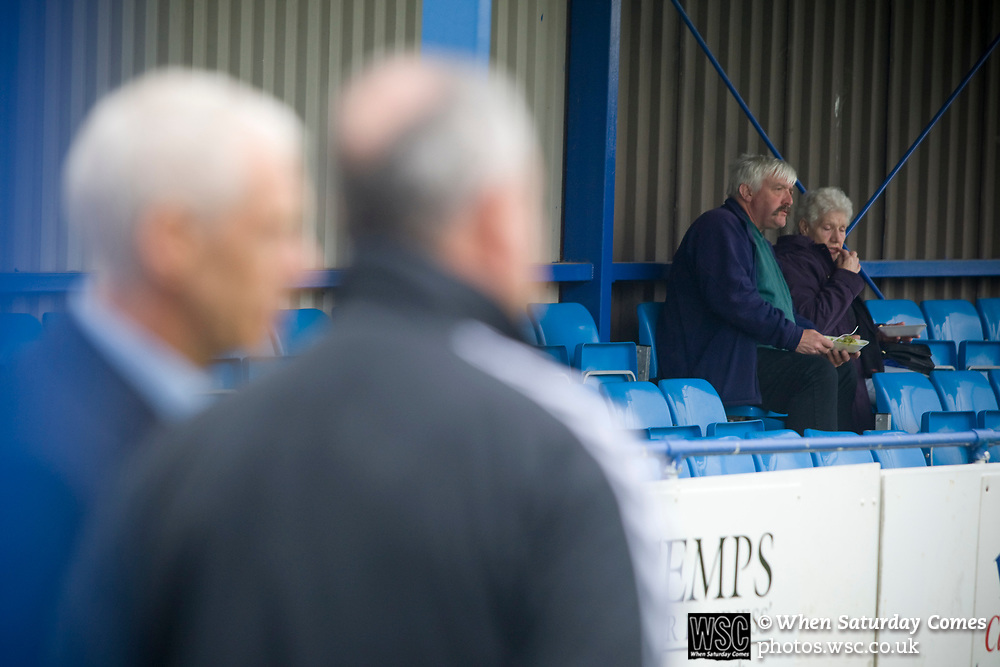