Darlington's Terry Galbraith collides with his goalkeeper Jonny Maddison. Galbraith suffered concussion and a suspected broken nose. Maddison was able to continue after treatment. Darlington 1883 v Southport, National League North, 16th February 2019. The reborn Darlington 1883 share a ground with the town's Rugby Union club.
After several years of relegations, bankruptcies, and ground moves, the club is fan owned, and back on an even keel in the National League North.
A 0-0 draw with Southport was marred by a broken leg and dislocated knee suffered by Sam Muggleton, Darlington's on loan left back.
Both teams finished the season in lower mid table. 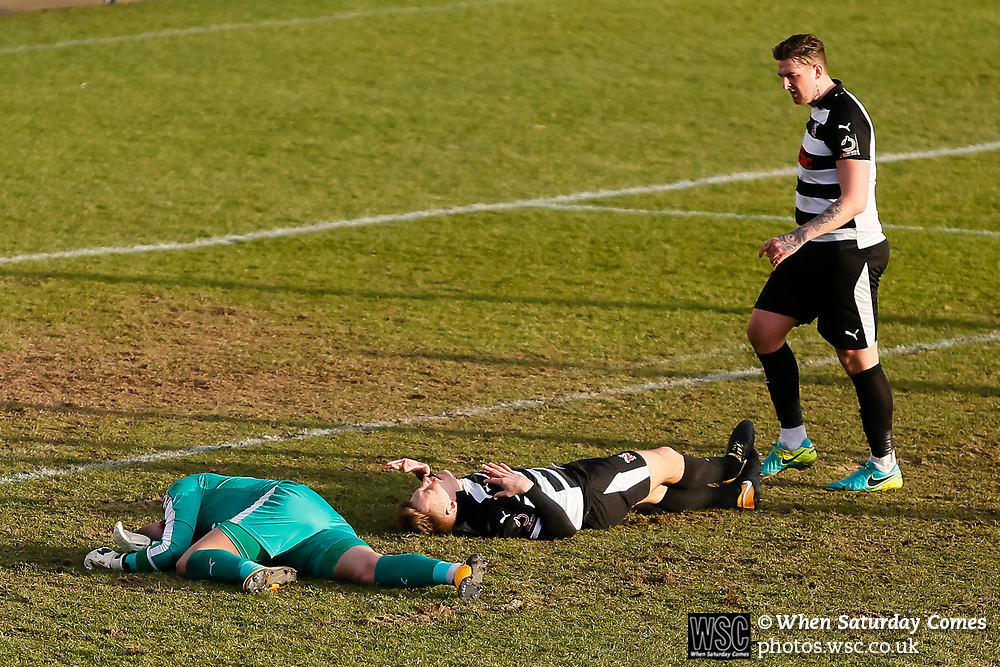