Newcastle United 2 Watford 1, 16/12/2006. St James Park, Premier League. Newcastle United take on Watford (yellow shirts) in a Premiership match at St. James' Park, Newcastle. Both teams were struggling near the bottom of the table with the newly-promoted visitors occupying one of the three relegation at the time of the match. Newcastle won by 2 goals to 1, both being scored by Obafemi Martins. Hameur Bouazza had equalised before United's late winner. Photo shows the interior of St. James Park with United fans having autographs signed by injured reserve goalkeeper Steve Harper before the start of the game. Photo by Colin McPherson. 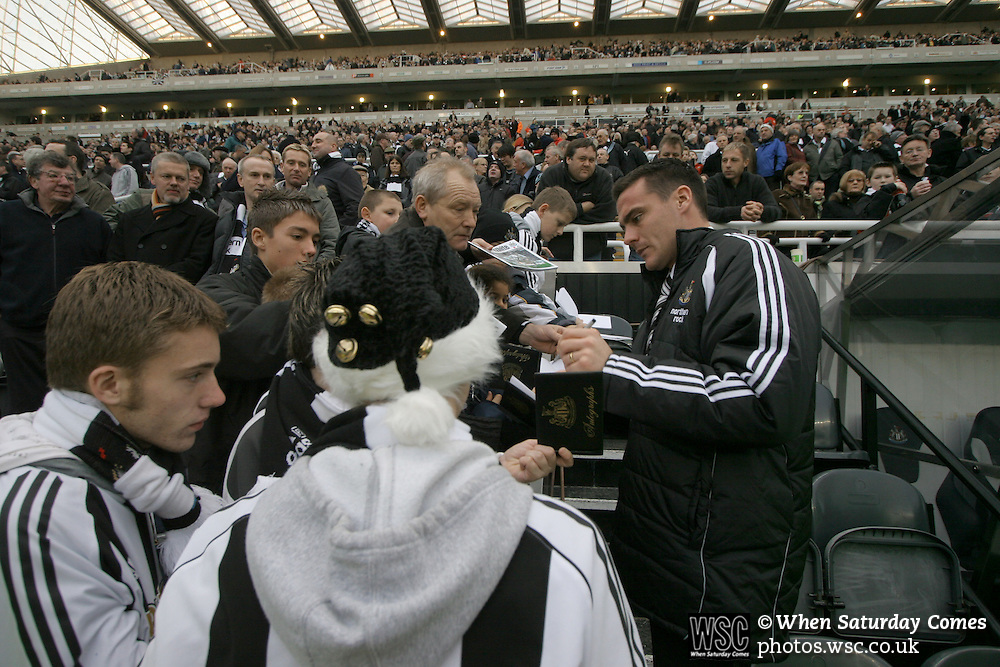