Hartlepool United 0 Middlesbrough 0, 20/07/2013. Victoria Ground, Pre-Season Friendly. The Trincomalee, an historic floating warship permanently moored in Hartlepool marina, provides the backdrop as supporters of Hartlepool United and Middlesbrough make their way to the Victoria Ground, Hartlepool, before the pre-season friendly between the two teams. Hartlepool were relegated to League Two at the end of the 2012-13 season whilst their Teesside neighbours remained two divisions above them in the Championship. The game ended in a no-score draw watched by a crowd of 2307. Photo by Colin McPherson. 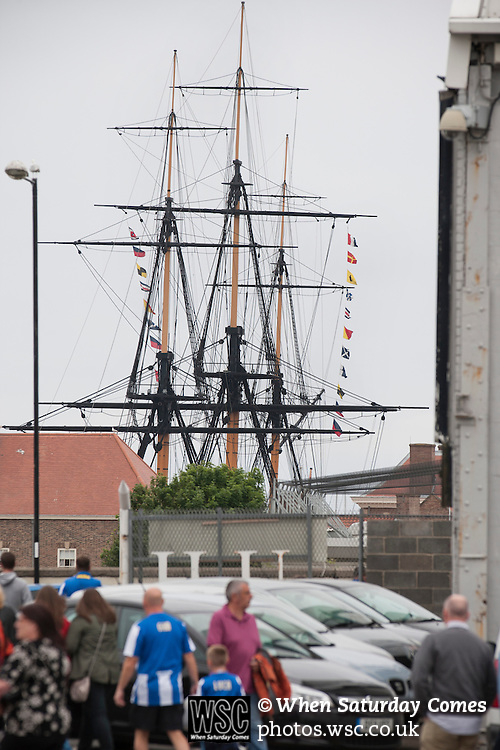