Arbroath 0 Edinburgh City 1, 15/03/2017. Gayfield Park, SPFL League 2. Defender Ryan Porteous turns away in celebration after netting his team's injury-time winner at Gayfield Park as Arbroath hosted Edinburgh City (in yellow) in an SPFL League 2 fixture. The newly-promoted side from the Capital were looking to secure their place in SPFL League 2 after promotion from the Lowland League the previous season. They won the match 1-0 with an injury time goal watched by 775 spectators to keep them 4 points clear of bottom spot with three further games to play. Photo by Colin McPherson. 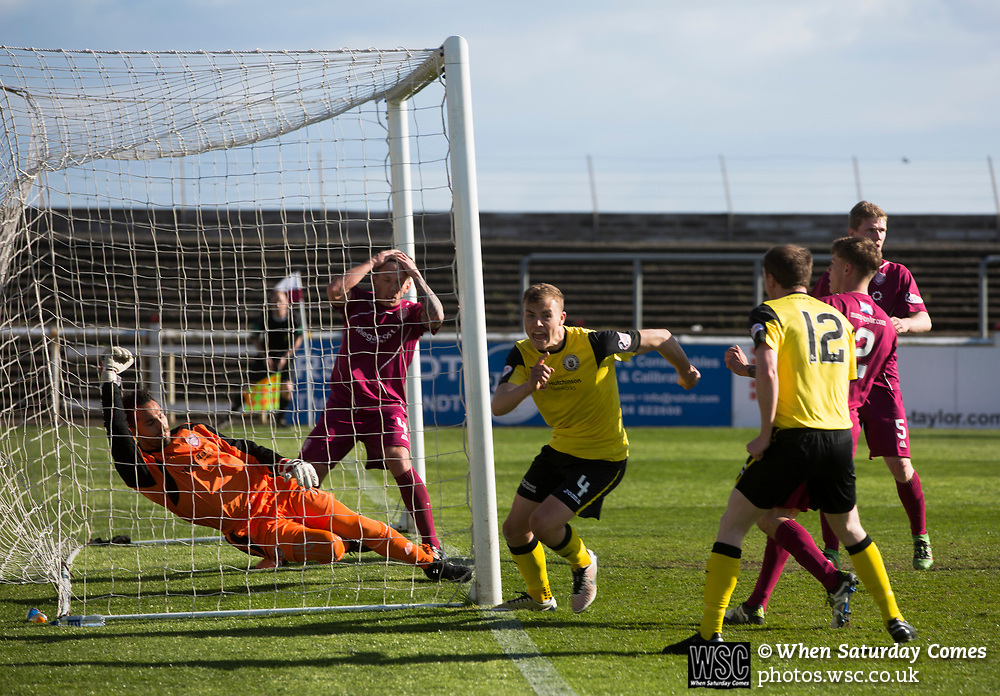