Bolton Wanderers 1 Blackburn Rovers 2, 17/03/2007. Reebok Stadium, Premiership. An exterior view of the stadium before Bolton Wanderers take on Blackburn Rovers in a Premiership match at the Reebok stadium. The home side were challenging for one of the Champions' League placings but it was Rovers who ran out 2-1 winners. Both Rovers' goals were scored from the penalty spot by Benni McCarthy. Picture shows the stadium in the rain before kick-off. Photo by Colin McPherson. 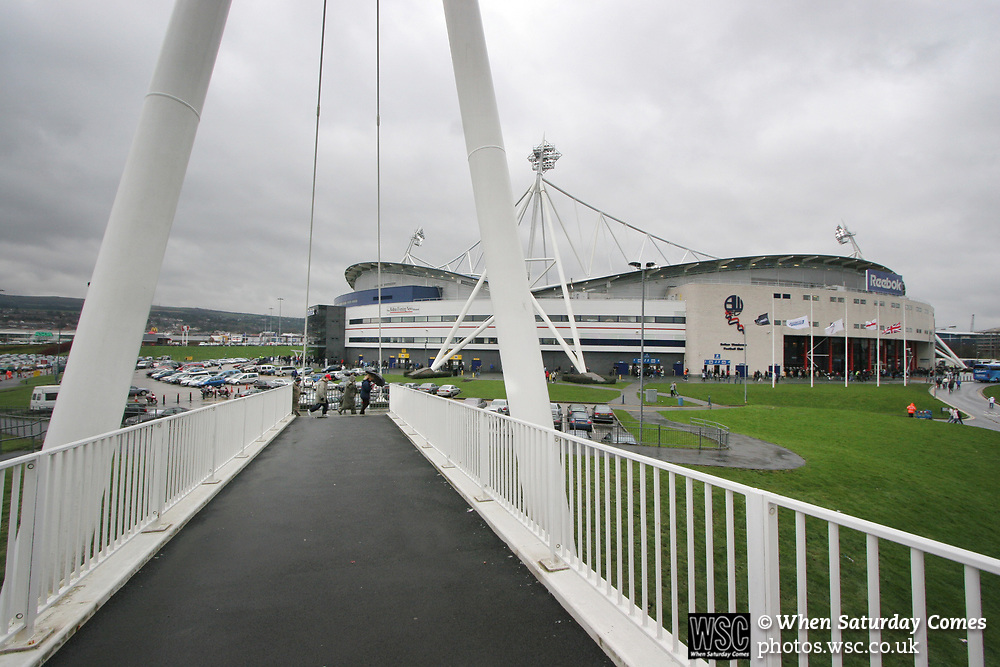