Forfar Athletic 1 Edinburgh City 2, 02/02/2017. Station Park, SPFL League 2. Visiting defender Jordan Caddow leaps into the air as the teams come on to the pitch at Station Park, Forfar before the SPFL League 2 fixture between Forfar Athletic and Edinburgh City. It was the club's sixth and final meeting of City's inaugural season since promotion from the Lowland League the previous season. City came from behind to win this match 2-1, watched by a crowd of 446. Photo by Colin McPherson. 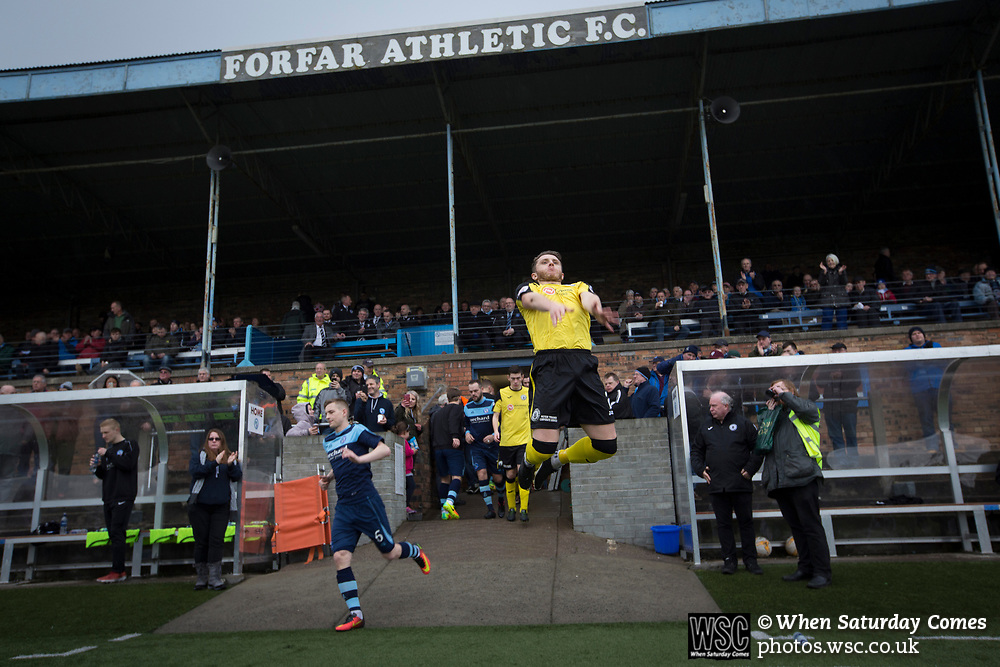