Viting manager Ian Culverhouse talking to his players before extra-time commences as Warrington Town played King's Lynn Town in the Northern Premier League premier division super play-off final tie at Cantilever Park, Warrington. The one-off match was between the winners of play-off matches in the Northern Premier League and the Southern League Premier Division Central to determine who would be promoted to the National League North. The visitors from Norfolk won 3-2 after extra-time, watched by a near-capacity crowd of 2,200. 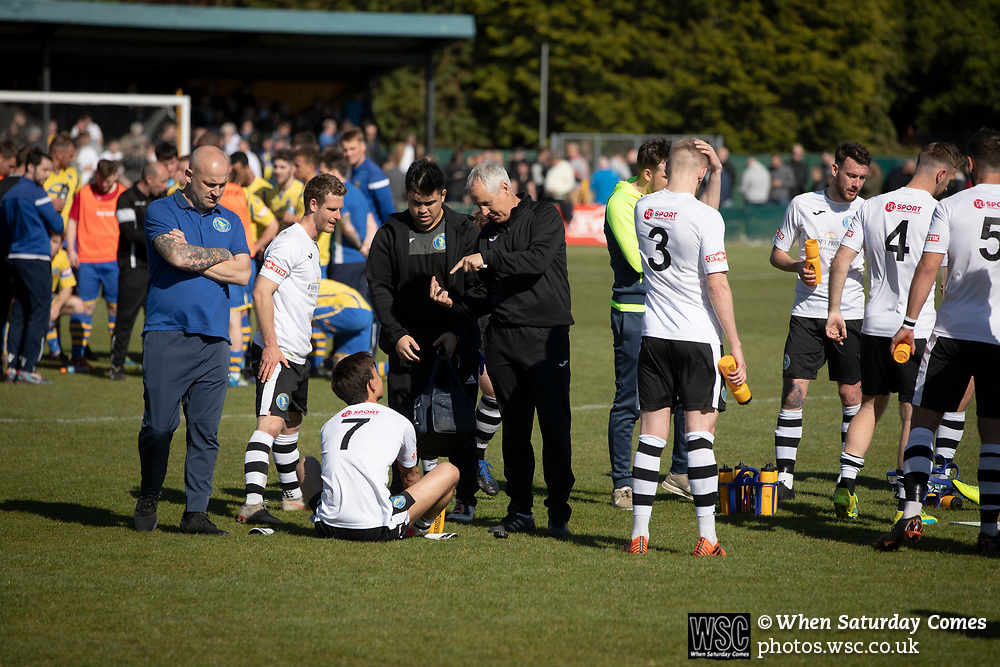