Everton 0 West Bromwich Albion 0, 19/01/2015. Goodison Park, Premier League. A sign warning people to keep off the pitch as players warm up at Goodison Park, Liverpool before the Premier League match between Everton and West Bromwich Albion. The match ended in a 0-0 draw, despite the home team missing a first-half penalty by Kevin Mirallas. The game was watched by 34,739 spectators and left both teams languishing near the relegation zone. Photo by Colin McPherson. 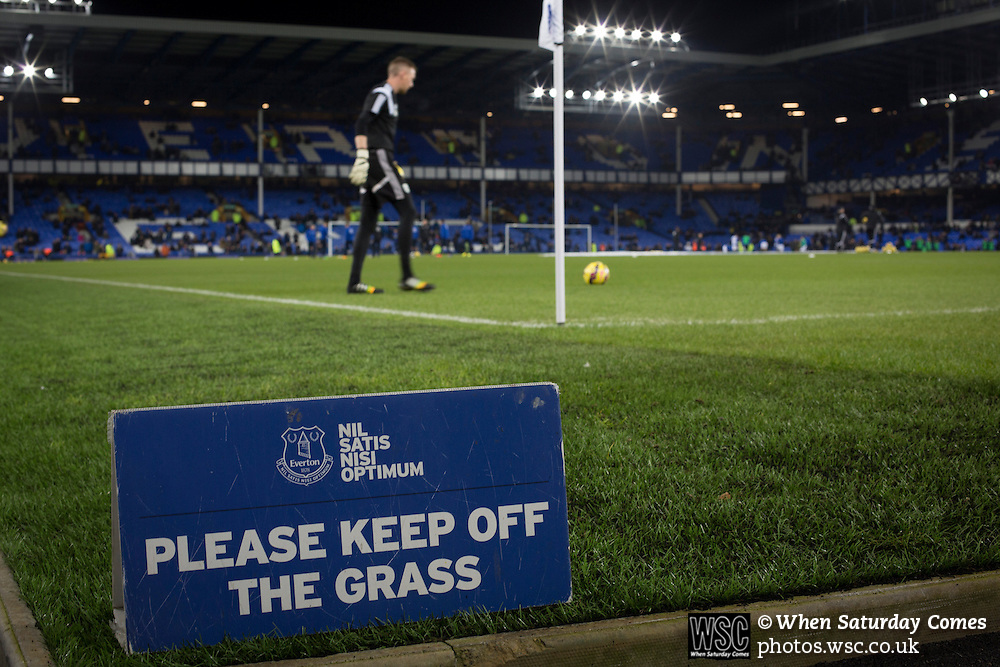